17-year veteran was killed by debris when house exploded 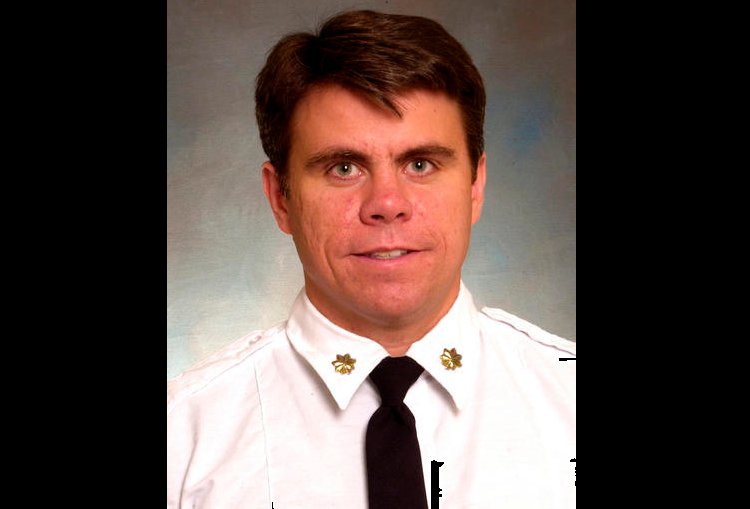 This photo provided by FDNY shows New York City firefighter Michael Fahy, who was killed in a house explosion Tuesday, Sept. 27, 2016, in the Bronx borough of New York. Authorities said they were responding to a report of a gas leak when the residence exploded and Fahy was struck by debris. (FDNY via AP)

NEW YORK (AP) — A battalion chief who had been considered a rising star in the Fire Department of New York was killed Tuesday when a row house exploded as he was supervising an evacuation following a report of a gas leak, and authorities are looking into whether the building was being used to grow marijuana.

Later Tuesday, investigators said they were questioning a person of interest but provided no details.

The two-story house and adjoining homes in the Bronx had already been emptied of occupants and fire personnel had been on the scene for an hour when the 7:30 a.m. blast jolted neighbors awake, tore off the building's roof and hurled pieces of wood and brick into the street.

Michael Fahy, a 17-year fire department veteran and father of three, was directing operations from the street when he was hit by falling debris, authorities said.

"It is a reminder of the dangers that our first responders face every day, the dangers that the men and women of the FDNY face and the bravery with which they do their job," Democratic Mayor Bill de Blasio said after meeting with Fahy's family at a hospital.

Police Commissioner James O'Neill said that about two weeks ago police had received information about possible drug activity on the block. Part of the investigation into the explosion will include a probe of whether the home was a marijuana "grow house," he said.

The cause of the blast hadn't been determined. But across the country, marijuana is often grown legally in enclosed spaces using propane gas that powers carbon dioxide generators to boost production. New York law enforcement authorities could not immediately say whether that might have been the setup in the Bronx house.

The force of the blast moved mugs in a cabinet several houses away, said resident Mary Lahti, who also had dust covering her furniture.

Fahy, who was promoted to chief in June 2012, had a doctorate from New York Law School. He got his undergraduate degree from New York's Binghamton University in 1994 and his master's degree at the Center for Homeland Defense and Security's Naval Postgraduate School, according to education records.

"He was on the rise; he was a star," fire Commissioner Daniel Nigro said.

The commissioner said he was a contemporary of Fahy's father, who had been a fire chief before his son. 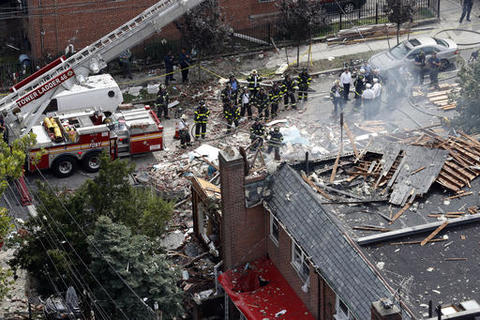 Residents milled around in the aftermath: debris strewn on the street and covering parked cars; the former house a mangled heap of walls, wiring and twisted metal. Authorities said the house had renters, and they were looking into who they were.

"The explosion felt like a bomb on my house," said Nicholas Kolotouros, who lives across the street. "We got scared, and we jumped out of bed. We didn't know what it was."

Within minutes, police told him to leave his house, one of a lineup of two-story homes on a tree-lined street.

She went back to sleep. The explosion woke her up an hour later.

"I thought it was a car that ran into the house, the way the house shook," she said. "I was jolted out of bed."

When she looked out the window, she said, "it was a lot of smoke, a lot of smoke." Hours later, occasional whiffs of smoke still floated over the neighborhood.

Associated Press writers Kiley Armstrong and Ula Ilnytzky in New York and Michael Sisak in Philadelphia contributed to this report.