Alcohol in the Stations

I looked for a thread, didn't find one, if I missed it, my sincere apologies.
In the fire district that I currently live in, there's an issue that drives me up the wall. They serve Beer in the Stations, there is an open wet bar, that the Firefighters can use anytime they please. I've heard from a few FF's that I met, they do it, but have rules about going on the calls. One certain rule is, they wont be able to respond, if they are "TOO DRUNK" to drive. I have also seen them on calls, oddly enough, they were "Toasted" in my opinion, they broke down the wrong door in a neighboring building,, let me rephrase that, 5 doors were torn apart, even after I told them the fire was over here.
I was also told, the drinking will stay, it's supported by a board of "The old guys", they are all retired volly's, the upper command staff take part, so who do you talk now. 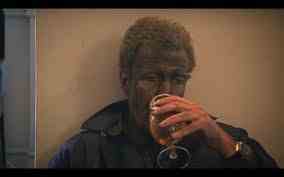 My question is, how many other departments allow this type of behavior.

Permalink Reply by John Crabbe on December 30, 2010 at 12:16am
While I do agree with most of the comments here, it would be hypocritical of me to say that I didn't have a beer or two at the firehall. I do believe there can be a balance and it depends upon how things are done. In many cases there is a balance between social club and fire dept and the two can be kept seperate.

I wouldn't condone, nor support, alcohol available at the firehall as described by the OP, that anyone at anytime can basically have a drink. I don't condone, nor support, even making alcohol available after a call etc. If there is alcohol at all, then there should be rules that there is no response by anyone who did drink and I do agree with the saying of "eight hours between the bottle and the nozzle".

When I interned, the FD was volunteer and there was a balance of social club and fire dept. There was a beer fridge that was locked up and only a couple people had a key to it. On FD drill nights, after training and after the business meeting, the fridge was unlocked and members could buy a beer or two. The thing was that if you were drinking, you were not responding. On July 4, this is the big fundraiser for the dept and the dept hosts a community dance one night and hosts fireworks at night. On these nights the dept did get a beer trailer and would sell it to the public. There were duty crews signed up for the events who could not drink and would take calls.

The issue is that it did work with a balance of social club and FD. The circumstances involved with the dept allowed the chance to police members who did have a beer or two and there were others who didn't drink who would be able to respond. The community size was also very small and nestled in a village covered 3 sides by a career dept and a lake on the last side.

With that said, there really isn't too much difference between that dept and my current one, except that there is no alcohol in any of the firehouses. If you were drinking and get called for OT, you turn it down. There have been guys ordered in who said they were drinking and they had to go to the next person. I have been to union meetings (off FD premises) and had a beer or two after the meeting. There have been times I attended off-duty training, like USAR, etc and went out afterwards with other members for a couple drinks. Yeah, we don't carry pagers and are off duty, but there really isn't too much of a difference if going out for a couple drinks after a training or if you had a couple at the firehouse after training.

So as I mentioned, I don't condone drinking after a fire, or alcohol readily available, but there can be an effective balance of social club and FD, if conducted accordinly.

Permalink Reply by Alex Sharp on December 30, 2010 at 4:34am
One of my former stations had a kegerator until 2003. It was not uncommon for someone to have a cup after the call. It has since been taken out and no alcohol.


Here is one for you guys. How about alcohol for cooking. When we do our annual dinner dance we make huge amounts of spaghetti sauce and use tons of wine and beer. People have brought that unlabeled mason jar with wine or a mixture of "stuff" in it to add to chili or stew on shift, even I have done that. We are trying to make a policy to have a locked cabinet for cooking alcohols. The only draw back is how we would regulate that. 2 people have to be present to get it out and use it in food and then put it right back? Still have not figured that out yet.

Permalink Reply by GARY HANSON on December 30, 2010 at 9:15am
INSANE! ! ! This is hard to believe! No firefighter, paramedic, ems basic or officer should ever consume any alcoholic substance during his shift or even three or four hours before.

In our all Volunteer Fire District I am a Station Capitan of one of twelve stations. If a first responder comes to my scene with the smell of alcohol on his/her breath, that person gets sent home with the explanation - "you are never to come to any emergency call having had any alcoholic drinks within two hours of the call!" We owe it to our public to be at top performance when responding to calls for help.

The physical and mental impairment after just two 12 ounce beers has been tested over and over, Many casual drinkers think that they are 100% but statistics prove otherwise. It is especially important to to have responders at this 100% level, not just THINKING they are when they AIN'T.

Permalink Reply by Mark Oomkes on December 30, 2010 at 12:27pm
This issue surprised me when I first heard of it years ago. Never really thought of the FD in this light. I know I was naive, but I still don't think it appropriate.

And no, no alcohol allowed on our property, as it is owned by me\us (township).

Just a question for the establishing of times for responses after drinking as I've never really understood this. Yes, it must be self-policing, which basically makes the whole policy worthless. Besides, if the body (on average) metabolizes 1 drink per hour, why and how could someone mandate that someone could not respond for 8 or 12 hours after a drink? The person isn't drunk, very possibly has absolutely no alcohol in their system, so would this really be legal? Or sensible?

What if I downed a case or fifth or whatever in an hour and showed up to a call exactly 8 hours later and was still drunk? I followed the established policy, but could be legally drunk, so what then?

Permalink Reply by John Crabbe on December 30, 2010 at 12:46pm
What if I downed a case or fifth or whatever in an hour and showed up to a call exactly 8 hours later and was still drunk? I followed the established policy, but could be legally drunk, so what then?

I think you are looking at things as absolutes vs a guideline. I have yet to see a policy stating a set amount of hours one could thus make responses after drinking. Point is that it does come down to self policing and control, if you have been drinking, don't respond.

Former dept I was on the supposed policy (never in writing) was 12 hours. The FT guys theoretically couldn't go home and have a beer and go back to work the next day if they were to follow the policy.

Agreed on the last statement though.

Permalink Reply by Patti Walz on December 30, 2010 at 12:58pm
What if I downed a case or fifth or whatever in an hour and showed up to a call exactly 8 hours later and was still drunk? I followed the established policy, but could be legally drunk, so what then?

This is what my Captain told me..... You either boot the other person from riding or you refuse to ride. FF safety first and foremost, no call is worth death or injury.

Permalink Reply by jdstamp on December 30, 2010 at 1:07pm
What did they bump their frickin heads! Stupid SOB's, Alcohol does NOT mix with firefighting. Your department is a laywers wet dream and he won't be defending you either

Permalink Reply by Gregory Borg on December 30, 2010 at 3:42pm
In Washington, by law, alcohol is not allowed in any firehouse paid or volunteer. The question gets asked sometimes, "why do people think firemen are red necks?", "why do volunteers get treated differently that paid guys?" "why do paid guys think volunteers are not professional?". One answer is alcohol in the station. The same status will never be given if the alcohol stays in the volunteer firehouse.

Permalink Reply by Mark Oomkes on December 30, 2010 at 3:49pm
I'm sure there aren't any career guys that have shown up drunk or drink on the job. Maybe it isn't served in the house, but what difference is it if the person is drunk?

Permalink Reply by Fireman Larry on December 30, 2010 at 4:15pm
if you really have to ask the question, then your in the wrong line of work, we're supposed to be life savers.... The public should look up to us, not be embarrassed by the actions of a few that are getting drunk on the job. And to answer your question, no, it's not ok to show up for work drunk, but I can assure you, if it happens, they wont be allowed to stay, not to mention, will risk their jobs doing it too...