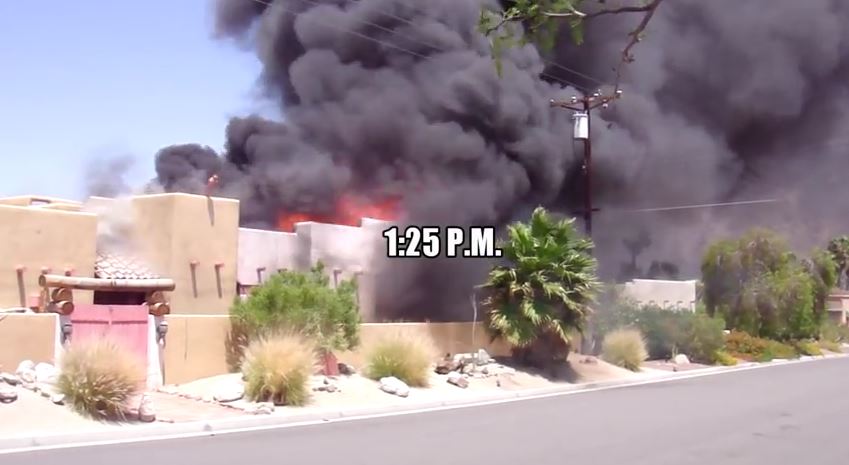 A Thursday afternoon house fire, 1325 hours. Multiple calls, reported by dispatchers, gives you the indication of a working fire.

What is YOUR staffing for this example?

What will your first alarm assignment be? Will this include mutual aid companies?

Will your first engine layout from a hydrant? If no, why not?

What will be your initial attack line? (size and lengths)

What initial assignments will incoming companies have? Is this directed by SOPs or will the initial incident commander have to give direction to each company?

Water supply seemed to be the issue with this fire. Not sure what the situation was with the first engine on scene, but with that amount of fire on arrival you arent going to do much of any type of fire attack for very long until you establish a positive water supply. Finding the positve water supply was the priority on this fire.Was the IC there first and told them come straight in - maybe. No truck companies ? Not sure.

Initial response would be 3 engines, ladder, EMS. Judging on the area you probably coud see it from a distance and the amount of calls would have asked for another ladder and another ambulance.

Upon arrival get a 360 on the structure as soon as possible and see what the chances are for additional structures becoming involved. Looks like a pretty stiff wind there. Big fire - big water - 2-1/2 first line off - even if you have to do it from the outside for a bit to hold it in check until the calvary arrives. Its through the roof on a 1 story structure, so that part of the house is pretty much written off anyway.

Overall - it looked ok. A little slower than I might have liked and the 2nd engine in laying a supply line to hook up to the 1st engine in I didnt care for. But its easy to Monday morning quarterback any call - looks like no one got hurt fighting the fire so thats a positive sign. Fire went out with no one hurt so I guess its a good day.

I agree with the water supply problem. On the way into a fire call, if you can locate the hydrant first, hook up or at least drop a line before continuing into the scene, then pull a 2 1/2" for that much fire. You could also go straight to a deck gun since the fire vented itself and seems additional units were a ways off. Lots of fire = lots of water!!