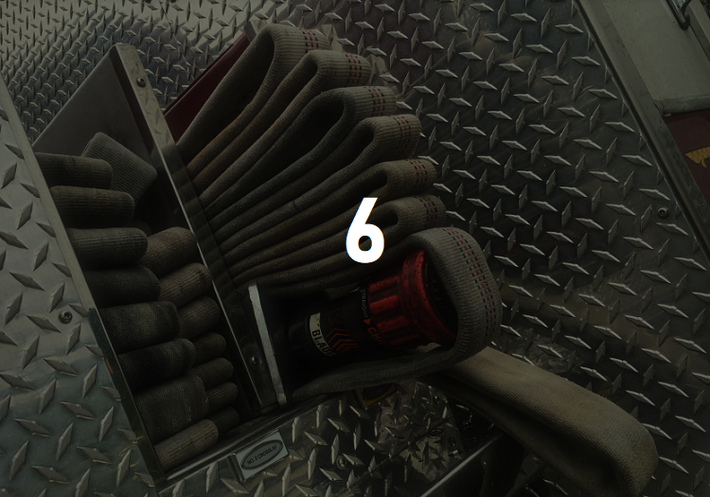 2020 ended with a total of 96 on-duty deaths per the United States Fire Administration.  Details regarding the definitions and criteria used to determine and list our on-duty deaths are covered in an earlier article[1].  This number should increase slightly based on news of firefighter deaths contributed to COVID-19 and the death of a West Virginia Air National Guard firefighter[2] before the year ended.

The total for the year is impacted by the deaths related to the coronavirus.  One third, or 35, of the 96 firefighters listed by the USFA died due to the virus.

Interior firefighting fatalities ranked low in activity types for 2020.  In-Station Duties, EMS/Patient Care, and Other were the top three largely due to deaths related to the pandemic and deaths from heart attack, cardiac arrest, and stroke.

Advancing Hoselines/Fire Attack (including Wildland) was the fourth highest activity among the fallen.  Search and Rescue was eighth and there were no fatalities listed under Ventilation.

10 firefighters are listed as having died in this activity.  Of the six involved fighting a structure fire five were killed inside a burning structure.  There was one multi-fatality incident claiming two firefighters.

The deaths in California could be listed under Search, based on news reports of the incident[3] and the department press conference[4].  Initial details of the fire as well as fireground audio and the press conference indicate that the pair went inside with the intention of locating and rescuing anyone who may still be inside.

The other four firefighter fatalities under Advancing Hoselines are:

There were three fatalities listed under Search for 2020.  None of them involved the victim being killed inside a burning structure.

There were no firefighter fatalities related to ventilation in 2020.

2020 ended, to date, with 96 firefighter on-duty deaths.  Out of these 96 deaths, six were directly involved in structural fireground operations (attack, search, ventilation) and five were killed while inside a burning structure.  Just like 2017, where there was only one firefighter death inside a burning structure, the fire service has experienced another record low in subcategories, despite the whole total being higher than the previous year.

The information presented is not meant to distract from the emotional toll felt by the families and coworkers.   It is instead meant to remind us to look greater at the record of fatalities and in comparison, to previous years as well as be a measure of substance when used in discussions.

It is always important to reiterate that the discussion of the details in the reporting of these deaths is not meant to diminish the loss. Each number is a person mourned by a family, friends, and coworkers. What is intended in this and related writing is that it is important for the fire service to be aware of the details in our on-duty death numbers. Blindly saying that 100 or so firefighters die each year, as well as saying “we’ve lost too many” each time a fatality occurs is turning a blind eye to the data. By understanding the details in the recording, we can be more aware of trends, both good and bad, in our efforts to reduce these fatalities.

Bill Carey is the Online News Manager with Clarion Fire & Rescue Group, specifically FirefighterNation.com and FireRescue Magazine. Bill served as a firefighter, sergeant, and lieutenant at Hyattsville in Prince George’s County, Maryland. His writing has been in FirefighterNation, FireRescue Magazine, Fire Engineering, and other publications and websites. His work on firefighter behavioral health was nominated for a 2014 Neal Award for Best Subject-Related Series. He has been a presenter at Andy Fredericks Training Days.