YONKERS (WPIX) - The man who police say was behind a three-alarm blaze that killed a Yonkers firefighter, has been charged with murder. 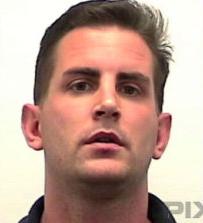 Rafael Roldan, 33, appeared in a Yonkers courtroom Monday, where he was charged with arson and burglary, in addition to the murder of 39-year-old firefighter Patrick Joyce.

About 100 firefighters attended the arraignment in honor of the fallen firefighter.

Joyce was killed Friday when a burst of flame forced him to leap from a third-story window, fire officials said. Two other firefighters, Lt. Joseph Murray, 54, and firefighter William Kanych, 38, were also seriously injured.

The two men were transported to Jacobi Medical Center and are listed in serious but stable condition. Both are expected to recover from their injuries, officials said.

An investigation into the fire later revealed that Roldan, an evicted tenant of the building, reportedly set the fire in an act of revenge against the landlord.

At his arraignment, Roldan, who did not have a lawyer present, did not enter a plea. He is due back in court on Wednesday.

Joyce, a 16-year veteran of the Yonkers Fire Department, will be laid to rest on Tuesday at St. Margaret's Church on Riverdale Avenue in the Bronx.

He leaves behind a wife and two young daughters.
Copyright © 2009, WPIX-TV

Permalink Reply by Kathy Appleby on October 6, 2009 at 6:56pm
Im glad that Roldan will be convicted of murder. My deepest sympathy and regards to Firefighter Joyce's family and quick recovery to Firefighters Murray and Kanych.