I was just wondering if anyone out there knew any grants for me to apply for, so that I can take my EMT-B class. I'm just a teenager and don't have the money to pay for the class myself. Any info you may have would be very much appreciated. Thanks!

Let's Give OUR Brother A Helping Hand

OUR Gary, Indiana Fire Department Brother-Melvin Carter recently had a small fire in his apartment, which set off the sprinklers throughout his entire apartment. The fire and related water damage caused damage to all of his family's belongs and he did not have insurance. He is also one of the Gary, IN firefighters that was laid-off for several months of this year and had just recently returned to duty. I am asking my brothers and sisters under the Maltese Cross to join with me, let's give…

THE SCENARIO:  You're wearing all the hats today! You're dispatched to a reported "structure" fire.  It's the middle of the week during Christmas vacation and the neighbors don't know if the kids are there or not.

Do you know what Photovoltaic (PV) is?

Photo from UL study for Firefighter Safety and Photovoltaic Systems

What are the safety hazards with PV?

What  tactics should be used at fires with PV present? 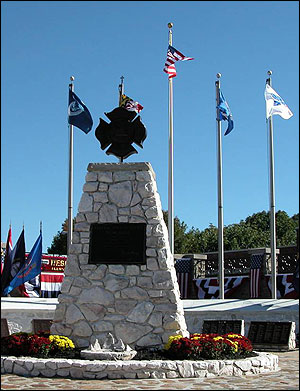 I wanted to share with all my friends here in FFN that I have suffered a heart attack which luckily was caught early. Last night I had really bad heartburn which at first I thought was the flu. But when the pain started to present in both shoulders, chest pain radiated to me shoulders I knew I was in trouble. Ended up getting transported by ambulance Code 3 to the regional trauma center. Testing revealed two affected arteries, one blocked 100% and the other 95%. I had a stint put in for the… Continue

What’s your plan for a collision pinning a victim between the hood of a car and the rear-end of a heavy vehicle?  Is this an unlikely scenario?  Whether you are in a small town or big city, commercial vehicles are stopping and going through your jurisdiction daily.  See my previous post on cribbing for heavy vehicles to get an idea of the weights.

It is imperative for us to…

Training - Are You Doing Enough?

First Due Friday; Truck Arrives First at a House Fire

THE SCENARIO:  You are the Officer on the 4 person TRUCK company who ARRIVES FIRST at this single-family house fire.  Due to other call volume, the FIRST DUE ENGINE is 5 minutes away.

The Definition of Insanity on BACKSTEP FIREFIGHTER

According to some, the definition of insanity is doing the same thing over and over and expecting a different result.  It would appear that this applies to Charleston, South Carolina based on a report based on a fire that occurred in 2010.

Good Day to all,

We would like to appeal for your help, Support or Donation of Old, Used fire Helmets,Turnout coat & pants, gloves, hoods, fire boots, SCBA Packs & Masks, nozzles, hoses that are not already in use by your departments and for disposal already. Our two Volunteer groups…

I've done it and you've done it. It is going to happen again and it's going to happen soon. With every line of duty death the Monday morning quarterbacks come out and tell us all what they should have or should not have done. We preach and teach to learn from these tragedies by understanding the circumstances surrounding the incident. But, what are we doing to make sure that this doesn't happen?

Our job is dangerous. Worcester Fire Department is a highly trained department and… Continue

? on Paramedic to RN bridge program

After doing some research on a paramedic to RN bridge program I am wondering if anyone has actually ever tried it, and if it's really worth it? I have considered going to school to take my education to the next level and become an RN however, working as a firefighter medic it's almost impossible to get through the amount of time you have to spend in class and at clinicals. I have seen a few websites that talk about bridge programs but I have never heard of anyone actually trying it. Has…

We had the opportunity to gain some valuable knowledge from our local electric utility company at a recent training.  They provided answers to questions with professional and expert recommendations.  First, I’ll review some terminology through pictures.  Second, I’ll list a series of questions that were asked of the utility company personnel and their answers.  Lastly, I’ll review several…

Coming in 2012 will be an option from General Motors for liquified petroleum gas (LPG) in Chevrolet Express and GMC Savana cutaway 4500 vans, which are used in Type A school bus applications.  About 2,600 LPG (autogas) fueling stations are scattered around the country with an anticipated increase in the future making this a feasible option.  Read on.

This is a very simple post but one that I am finding is ever more important. Take a look at the picture and what is the first thing that you think of? What do you see? We've all done this drill or scenario and we have all at one point or another felt the anxiety of being "stuck" in a box, tube or tight spot. Some may have had instructors that guided us through and others may have been screamed at they needed to get out or they were going to die in there.

Here is a basic review of wood cribbing capacities and then some thoughts on how to increase your crews critical thinking before the heavy rescue lifting call.

Are you prepared to lift a heavy vehicle off of an entrapped victim?  Do you have the knowledge, equipment, and cribbing to make the rescue fast and safe?  Fast is a relative term in this case.  Technical rescues are not often fast, but we should strive for expeditious rescue with coordinated and competent techniques.  …

VSP is one of the hottest topics of conversation in the fire service today.  Captain Marsar’s research has taken the fire service by storm and has created an interesting “new” flavor of the month for those who feed on “firefighter safety through spectatorship”.  Maybe it was because of my animosity for the “let it burn” folks within our profession that I was initially against the concept of deciding if a building is searchable from the front yard and was unfairly biased.  However, the more I…