I failed by 4 questions. Heard that 1/2 my class failed. I took a long drive through Skyline Drive up to Greenwood Lake when I found out. I guess I'll be studying through New Year's. I thought of what I was doing the day I took the test, 12/17, and it was a day dealing with drama from my daughter, soon to be going away for residential treatment. Hopefully next time my focus can be better, and I can stop myself from re-thinking… Continue 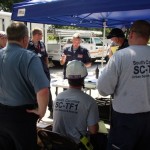 From my blog at Firehouse Zen:

What have we learned in 2008? Are we better off here on the threshold of 2009 having experienced so much in the last year? Or are we destined to repeat our mistakes? Are we advocating better cardiac fitness for our troops? Are we beating the seatbelt issue into their heads on a daily basis? Are we telling them that it’s silly to fight fire without using proper PPE and… Continue

I joined this website not because I am a fireman but a brother of firefighter Michael Austin who was killed in the 1983 propane explosion in Buffalo New york. I just came across the article written by MIke Lombardo who is now commissioner of the buffalo department. My experience during the time during the funeral all those years ago and has given me a glimpse into what it means to be a fireman. The "brotherhood" is a bond as strong as any family bond and depending on the family sometimes even… Continue

The Continuing Chronicles of the FNG(irl): Screw The Holiday Season

Call me Ebenezer if you’d like. But you couldn’t be more wrong. I love Christmas.

It’s not my favorite holiday (I reserve that for the one holiday when I can indulge my passion for horror movies , haunts and costumes) but there’s an aspect of this Season of Giving that I embrace wholeheartedly……the opportunity for reflection and grabbing hold of what’s important. The opportunity to take stock and choose your priorities; the opportunity to… Continue

We're all dealing with tough economic times. Open up the newspaper and you are bombarded with dispiriting, depressing news....some of it heinous, and you sip your coffee and wonder how human beings can behave in such a depraved fashion. How can we treat each other with such cavalier cruelty?

It's not just the headline grabbers that I'm thinking about.....how about the driver who deliberately cuts you off in traffic....or the person who elbows you out of the way, steps on your foot,… Continue

Counting Your Blessings: The Best Damned Job In The World

I have no idea what's gotten into me. For the longest time I blogged on here like other folks change their socks (one would hope that would mean on a daily basis, but I take nothing for granted). Then I was sucked into a vortex of road trips for work, which coincided with a serious family issue. But lately, and fairly suddenly, I can't seem to contain my thoughts....even in blog format, particularly in blog format. Out of nowhere...I'm a Blogging Tour de Force...If rap were my milieu....I'd be… Continue

On December 20th, 1948 the greatest women that I will ever know was born "My Mom".... I lost my mom in October of 2000 after a couragous battle with cancer... Some of you knew my mom but, for those of you that didn't she was not just my mom but she was my best friend.... She was everything to my family, and when we lost her there was a big crater left behind.... She was always the life of the party, and tried to make everyone around her laugh, and be happy... Don't get me wrong, and for those… Continue I’m sure we’ve all heard, and maybe even experienced, how the world is “getting smaller every day.” There’s probably no other place that this phrase is truer than in the fire service.

The more we dare to explore outside of our engine room doors, the more we find that there’s a brave new world out there full of firefighters who, despite their differences, are very similar to every one of us. A friend once told me that, in the end, it’s only… Continue

I have been appointed the safety officer for my department. I need to give a "safety talk" every month at our meeting. I'm looking for some ideas on what to talk about and a way to approach the subject so the department will listen and take heed.

Some of my ideas I would like to discuss are: Seat belts, Winter/Summer rehab, the accountability system, PPE maintanence, Wildland fire attack, Safety equipment on vehicle collisions and physical conditioning.

I would appreciate… Continue

I feel torn between generations

The older guys still remembering how things were done back in the day want no change and would rather stay in 1970 and keep doing things the same way. Although they are believers in the chain of command they have been in charge for so long that they fail to realize that there are others out there besides themselves to answer to and for. They also typically have the mindset that if it wasn't their idea it's no good. They are also quick to criticize for… Continue

I had my practical last night and I am waiting to hear if I passed. Everyone was so encouraging beforehand, telling me not to overthink like I have the habit of doing. I want to make a few observations and if you're a parent you will like these.

One is my son who is 11 has been extremely afraid of heights. I have a balcony in front of a window and the last time I asked him to clean the window and floor (quite a way up) he… Continue

Life as a small town volunteer #1

So I am new to FFN and still "wet behind the ears" relatively in the fire service. I live and go to school in a small town of about 6000. I guess you could say that I had always thought of being a firefighter but I had never pursued the idea until moving here for college. I am what some would call an adrenaline junky ( snow skiing, water skiing, riding ATVs,would like to skydive and bungee jump). I go to a college with a rodeo team and I had always wanted to try to ride a bull. Mom would never… Continue

Well, here it is, the night before my practical. I am writing this Notes from a Rookie Firefighter post after our very successful pancake breakfast at our firehouse this morning. Yesterday I spent the day with my captain practicing my knots on some tools, trying to aim my regulator in just the exact spot with my gloves on and my eyes closed. I was out in the bay for awhile and in came one of our newest rookies, who is going to the Academy in a few months. So he hung out with me for about an… Continue

The end of a LONG difficult year

Last night my Fire Department held our annual Holiday dinner. It is the one time of the year when we get together away from the station. In the past few years we have had all kinds of issues with people being people and things not working out the way they should and some people going away with hurt feelings, angry or just didn't show up for the event at all.

As with many volunteer fire departments from time to time, we have had "cliques" or groups of members not always working with… Continue

In light of the current weather conditions here in Melbany, I thought it would be prudent to re-post this piece. I wrote it right around this time of year last year (the big tipoff was the reference to reindeer jammie pants, like my candy cane antlers, I only wear those in December).

We're having one hell of an ice storm in Albany right now, and according to the weather report on the news, it's not just us. Snow, sleet and ice are piling up from Poughkeepsie to the Adirondacks. With… Continue

The Continuing Chronicles of the FNG (irl): Fire and Ice …Hot Dogs and Chainsaws

My title kind of sounds like a country song, doesn’t it? All that’s missing is the broken-hearted horse, a ten gallon hat, and the kitchen sink.

We had a pretty damaging and intense ice storm in Albany that started up on Thursday, Dec. 11 at mid-day and finally finished at around noon on the following day. And it didn’t affect just my area either; there was storm damage, cataclysmic power loss and ice and snow buildup all the way from Poughkeepsie to New Hampshire.…

Giving Credit Due To My Bro's.

Well another season of harsh politicing for the best and worst postitions a person could want have come to a close.
Yes, I'm talking about running for anything from a chief's position down to the appointment of captians and other officers.
So this year had a bit more of a twist since I was running for chief of my department.And I was running againt an older somewhat more seasoned firefighter who has alot of leadership skills and a list of credentials a mile long. What was my edge?… Continue

Study: Nuclear or biological attack likely in next 5 years 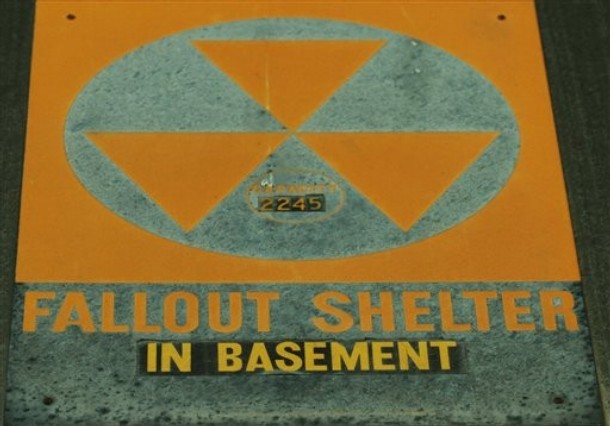 It suggests the Obama administration bolster efforts to counter and prepare for germ warfare by terrorists.

"Our margin of safety is shrinking, not growing," states the… Continue

How they used to respond...

I came across this cool quick video showing how we used to respond to calls... I found it very cool and retrospective. But then again, after posting this and actually watching the whole video, it's a loop with an advertisement. Pretty smart of these folks to capture our attention and then make sure you see the hook... Welcome to America... : )… Continue