The Hudson Valley HellCats Firefighter Motorcycle Club will be conducting an emergency escort of the remains of Marine Lance Cpl. Scott Lynch killed in action in Afganistan last week from the Tuxedo High School New York, to his home town of Greenwood Lake, New York. If you can attend be at Tuxedo HS at 10am on Monday, 10/11/2010.

This will be a full police escort event.

The Democrat and Chronicle created a database for awards that were
handed out last night at the Monroe County Volunteer Fireman’s
Association Firefighter Appreciation Awards dinner.

You can view the awards below.
http://rocdocs.democratandchronicle.com/database/2010-firefighter-appreciation-awards

Note: This article was originally printed in the October 2006 issue of FireRescue magazine.

Editor’s Note: In honor of Fire Prevention Week, Oct. 8–14, we at FireRescue would like to present our readers with a historical account of the Great Chicago Fire of 1871, the incident that…

The Forgotten Fire: On the same day Chicago burned, disaster of even greater proportion struck in Peshtigo, Wis.

Most people remember Oct. 8, 1871, for the Great Chicago Fire, and the devastation and destruction that it caused. But on that same day, a fire of even greater destruction took the lives… Continue

Here’s the short version of what happened: In rural Obion County,
homeowners must pay $75 annually for fire protection services from the
nearby city of South Fulton. If they don’t pay the fee and their home
catches fire, tough luck — even if firefighters are positioned just
outside the home with hoses at the ready.…

On my second evaluation test. haha

Over the past few years, I have been doing those independent study courses with FEMA’s Emergency Management Institute. As you can see on my training page, I have been working my butt off trying to accomplish as much as I can to make myself as marketable and as adaptable as I possibly can. Apparently, the Frederick Community College in Frederick, MD, has quite a comprehensive program that allows FEMA ISP students to apply their courseware for college credits!
For example, a good deal…
Continue

As part of my own professional development, and because I have such an interest in the subject matter, I’ve decided to take a long shot and start writing a training course on basement firefighting.
I’ve been reading quite a few articles on several fire service web sites and have noticed a few more news coverages on the television about firefighters injured or killed after accidents involving fires in basements. At school, I learned quite a great deal about the special circumstances…
Continue

Cliffs Notes for Fire Forums. They were around long before Dummies.

Note: the following comments and opinions are mine and do not represent the views
of my employers. Or maybe they do. Unless you’re offended, then they
don’t. Either way, I’m thinking I’m not alone on some of these thoughts.…

Pull-ups Work: A pull-up bar lets you use your own weight to gain muscle strength

As firefighters, we’re big on inexpensive tools that facilitate physical training. In many cases, you don’t need equipment at all, just gravity and an imagination—and those are free.

There’s one piece of equipment, however, that provides a multitude of options when strength training and conditioning without requiring you to take a rig out of service to pay for it: a simple pull-up… Continue

what kind of radios like:portable scanners/desktop scanners/portable 2way radios/c.b. radios are the best to use for f.d./r.s./e.m.s. units and places to find Frequencies for them thank you

Keep Your Head in the Game: NFFF focuses on LSI #13 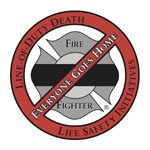 This is the first in a series of seven articles describing a new approach to mental and behavioral health in the fire service. Check back for future articles.

It’s well recognized that firefighters and their… Continue

Tunneling is a tactic that we’re rarely required to perform at extrication incidents. However, when it is the most practical plan, it’s usually the only tactic that will work, so rescuers need to have the expertise to get the job done.

Further, tunneling may become more common for responders in the future, with the increased number of sport utility vehicles and minivans on the road. It’s often a… Continue

I really may have saved a life

I will not mention the name of the officer or the department, but I wanted to share this experience with any other officers and especially dispatchers out there who may encounter that same issue.
Today, about a half hour ago, I was sitting our data channel (where the officers without computers call to get driver licenses, registrations, criminal histories, etc). The officer called me on the air and asked for operator license information. He gave me OLN and…
Continue

Embrace Diversity: How to Create an Inclusive Work Environment

PRESIDENT'S LETTER
From the October issue of FireRescue magazine

Today’s fire department workforce is very different from the one I entered 35 years ago. In my experience, personnel don’t seem to act, think or look like the workforce of the past, and they seem to have different expectations,… Continue

Vicki Minor, Founder and Director of the Wildland Firefighter Foundation, to be Inducted into the Caring Institute HALL OF FAME On Tuesday, October 5th, Vicki Minor (Founder and Executive Director of the Wildland Firefighter Foundation) will be inducted into the Caring Institute Hall of Fame.

Nothing Good Happens At 3 A.M.

"Combat Ready" is not a slick ad slogan or an "aggressive" cliche. That call for bells at 0300 may be the only jump you get. How prepared will you be?

This week members of the District of Columbia Fire Department responded to a fire on the fifth floor of the eight-story Sarbin Towers in Northwest. First due companies arrived to find that two occupants had jumped from the fifth floor and others were in the windows. Some occupants had… Continue

Join us for one of the most unique events in Dallas! On February 26, 2011, hundreds of people will huff and puff their way to the top of the Renaissance Tower in downtown Dallas for a great cause. This is more than your same-old 5K. This…
Continue