I wish people could see the sadness of a business as his livelihood goes up in flames.Or that family returning home,only to find their house and belongings lost for good.
I wish they could know what it is like to search a burning bedroom for trappedchildren,flames rolling above your head,your palms and knees burning as you crawl,the floor sagging under your weight as the room below you burns.
I wish they knew the unique smell of burning insulation,the taste of soot filled mucus,the… Continue 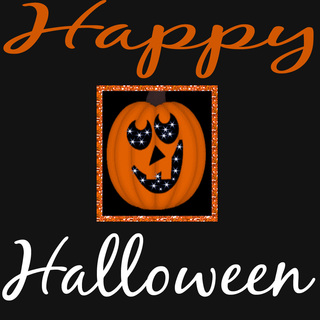 Tomorrow, at noon, I have my first interview at a fire department. It's the original department I wanted to work at. It's for a volunteer position, to move up to paid part-time in a few months. The interview is a formal panel interview, with 4-6 on the panel. I'm so excited and nervous...I'm not sure what to expect.
This totally came out of nowhere-I put the application in back in June, before I graduated fire school. They called this past Sunday to schedule the interview. I literally fell… Continue

What is it about civilian drivers. It seems that the minute we get our drivers license's we forget all the rules that keep traffic moving smoothly. Reacently while responding to a MVA( with lights and sieren) I came to a complete stop at an intersection verified that I had control of said intersection and began to proceed. Thank god I was paying attention as a driver dicieded to pass the vehicle to my left. The driver then proceeded to flip me the universal hello as I hit the Airhorn. I think… Continue

Is there anyone out there having a hard time dating too? It seems like it is impossible to find a date because not sure how to approach a women that is not in the fire or ems service. Anyone have any ideas that might help?

Who would have ever thought I'd be the old timer round here???? Just call me the "Grandma of firefighting". Daggum...I thought I'd never get old...I don't think I'm old NOW....BUT...when I look around in the classes that I'm teaching...man, oh man...I know these kids grandparents!!!!!! NOW...That's just too much!!!

Whats up everyone???? Its been a while since I have really gotten to get on....busy right now...just got a lot of things going on in the month of October but all is welll...and October is almost over. Met a new girl....dont know where thats gonna go though. Not really any calls lately either...been a little quiet. I will try to keep everyone posted on anything that goes on.....Talk to ya later!

"Playing Chicken" Is it Really Worth It?

I saw something this morning that scared the hell out of me. It was enough to make me want to pull over and take my organization's magnet decal off of the side of my car because I was afraid that someone might think I was affiliated with the IDIOT in the "Shall Remain Unnamed" Fire Department guilty of the following traffic transgression:

The Scene: A busy four lane artery outside of the metro area of Albany.

The issue: Some form of fire "emergency" (turns…

MY NAME IS BRENT MCCONNELL, I AM 19 YRS OLD AND HAVE LIVED IN LINCOLNTON MY WHOLE LIFE.... I'M A FIREFIGHTER FOR THE CITY OF LINCOLNTON FIRE DEPARTMENT AND HAVE BEEN THERE A LIL OVER A YEAR, IT IS ONE DECISION I WILL NEVER REGRET!!!! I HAVE LOTS OF FRIENDS AND LOVE TO PARTY AND HANG OUT.. SO GET AT ME....... HOLLA

I wear magnums instead of high heels.

I laugh when I should probably cry.

My other home is a FD fraught with lies and love.

I want a Ham Sandwich and to go to sleep.…

LT. at Bensenville past away

Lt. Stan Jakalski of bensenville fire dept/ Support unit for CFD died last night. He had complications after a pace maker was put in. The pace maker gave him a serious infection and last night at 23:30 he passed. He will be greatly missed. Please say a prayer for him and his family. Funeral arrangements are in process. I Miss you Stan!! ;( ALWAYS HAVE A WORKING SMOKE DETECTOR! This melted but functional smoke detector is credited with saving the life of Bob…

As I'm climbing off the medic after a call, we get toned out again and I see Drew and Eric headed to another unit.
"Come on Sam, let's go," Drew says grabbing my hand as I step off the medic, "dislocated hip."
I sit in the back of the medic envisioning a frail old man that slipped down the stairs, dislocating his hip. I envision his pie-baking wife dialing 911 and greeting us with, "thank you so much for coming; I know it's late." When we arrive, what I find is very different.
In… Continue

Received word today the Capt Larry Thomas (ret) 28 year veteran of the Amarillo (TX) FD will be undergoing major spinal surgery this Thursday (10-31). There are some very scary possible side effects and the family is asking for your prayers for his safe and whole recovery.

Take care ALL, bring everyone home! You only have 1*, so take care of it!

HALLOWEEN - PROTECT THE LITTLE ONES, TWEENS AND TEENS

Years ago, we could walk all over and trick or treat and we were safe for the most part. Once in a while there would be another kid that grabbed someone's bag of candy and would run. There weren't crazy people that have no thought about others by putting dangerous things in kids candy. There weren't Child Predators that were looking at our children as their next prey, or target for their sexual perversion.

Hi, my names mel, im 28. My hobbies basically involve anything pysical like having a good work out down @ the gym.

I love meeting new people and i treat them how i like to be treated . i like to think im a good friend very loyal and thoughtful. I enjoy the great outdoors and im always out and about in all weathers.

I do have a mad sense of humour, a bit warped @ times and im told quite often that im funny and beyond crazy in fact i should be…

Some 500 members of the local area and the public safety community were in attendance at St. Vincent DePaul Church to pay their final respects to local resident John Joseph…

I am so easy to amuse. And, I am sad that I will be missing Halloween at home because I'll be in a class. Oh well!

A while ago, I posted a short story about an old fire lieutenant and his death in a flashover. Just yesterday, I entered that story in a contest on Helium.com in the short story section. Wish me luck.

I've had some real ups and downs over the last week or so, the least of which is my own frustration with not being able to resolve a problem that vexes me greatly. On…