I saw this on my friend *and fellow firefighter*'s myspace page and i felt the need to share it...

Your alarm goes off, you hit the snooze and sleep for another 10 minutes.

In Phoenix, Arizona, a 26-year-old mother stared down at her 6 year old son, who was dying of terminal leukemia. Although her heart was filled with sadness, she also had a strong feeling of determination. Like any parent, she wanted her son to grow up and fulfill all his dreams. Now that was no longer possible.. The leukemia would see to that. But she still wanted her son’s dreams to come true. She took her son’s hand and asked, "Billy,… Continue


Whenever called to duty, whether sleeping or awake,
and hear those chilling tones go off, my heart will always quake.

Although I love my job, and have learned much from the past,
in my mind on every call, "I hope its not my last."

I always try to fight my fires, with all my courage and much strife,
and hope and pray to God above, that I can save a life.

I've seen a lot of pain and death, in my still young… Continue

I want to tell you lies

I WANT TO TELL YOU LIES

I WANT TO TELL YOU LIES
© Kalvere. All rights reserved

You didn't put their seat belts on, you feel you killed your kids
I want to say you… Continue

So I'm a short (5'3") Fire Fighter/ EMT and I get a lot of crap for my small stature. Hell... half of the crap I get I started.... I can take my punches... I can go with the flow and laugh at myself and admit when I can't do something... and I can dish sarcasm and retorts back as well.

I posted a blog a few days ago about how what somebody said to me had really gotten under my skin... I wasn't looking for sympathy or anything... just posted it as an anecdote of some of what's… Continue

any one selling or gving away thier still usable turnout gear..pls IM me thanx

I had a call today that prompted an indepth discussion with my Lt. He is a paramedic with almost 20 years experience. I am a paramedic with about 10 years experience. I would like to hear your thoughts and recommendations on this.
Here goes: The patient called with complaint of chest pain and SOB. Upon arrival, the patient was an elderly male and was found sitting in a chair. The patient was obviously pale and c/o left, lower, lateral chest pain and shortness of breath which started at 2… Continue

Today once again I realized how much I love fire and rescue, even when it was running all the comercial building fire alarms that hit right at supper time! There's a certain pride in helping others when their day is at it's worse that I love. Most people complain about it, but I even love going into the assisted living home to check out the fire alarm that goes off several times a day. I just love to go in there and shake their hands and see their smiles. They are always begging us to come back!

NC Forest Service Fireman Killed in the Line of Duty

If everyone would please pray for family of Curtis Jensen. He was killed yesterday while scouting a brush fire in Saluda, NC. Curtis was scouting a brush fire looking for hot spots, etc. when he fell off of a fifty foot waterfall and sustained critical life threatening injuries, when fire personnel finally arrived at the foot of the waterfalls Curtis was pronouced dead at the scene. Curtis was a good friend to myself and all who he worked with at the NC Forest Service. Please all keep him, his… Continue

I'm supposed to be graduating from college this year... Logical progression... I graduated from Northwest Catholic HS in 2005 so I should be graduating college in 2009... but following a very difficult first semester at Manhattanville College leading to a medical leave of absence and a transfer to a different college, I knew I wouldn't be graduating "on time."

I've changed my major several times... I transferred to Central CT State University in Fall of 2006 and since then have gone… Continue

What happened to the chat feature?

Is it just me, or everyone that lost the chat feature?

My Paramedic class time has been set, Got my books on order, as well as my clinical shirts we are required to wear. So if anyone sees any smoke from my page don't worry its just my brain burning up Ha Ha Just Kidding. I know it will be hard and alot of work but in the long run it will be well worth it.

So in Kensington, we along with the other 3 fire companies in town were given a grant to get brand new turn out gear... which meant everyone had to be fitted. No big deal,… Continue

Hey All,
Just wanted to let Y'all know that I am officially a NY State Certified Paramedic as of 22:00 (10:00pm) last night. It's been a long year and I'm just glad that it's all done with. Next step is getting onto a paid Fire-Department. I got the results of the Schenectady County Civil Service Test yesturday as well. The test is applicable for 3 paid fire departments: Scotia FD, Niskayuna FD, & the City of Schenectady FD. My results are as follows: 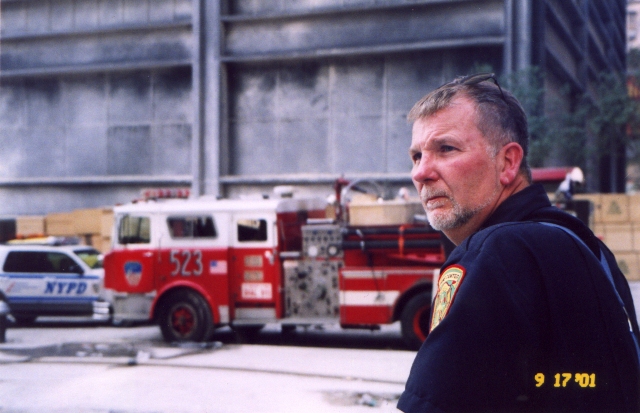 
OK I am working on putting together a muster for Corpus Christi Area Fire Departments.

It has been about 17 years since I was involved in the competition team from NAS Pensacola, and since then Combat Challenge has become the… Continue

keep these guys in mind please keep a fellow firefighter in your thoughts

Please keep a member of my fire department in your thoughts. Diana Rainville was taken to the hospital 2 days ago while on duty with severe chest pains. She has to stay in the hospital for several days, and they are unsure whether she will be able to return competely to full duty.

This November, you need to set aside the time to attend the best tactical medic course. 60 contact hours spanning over 5 days and 28 continuing education hours awarded by the state of Georgia. I will be the lead instructor and we will cover hemostatic agents, tourniquet applications, suturing, OODA loop/hormone injection training, hands on/scenario based, high threat extraction and many fun filled hours in urban and wooded terrain. Learn close quarters combat drills, tactics, level A training… Continue

Well Tuesday I turned 21 so now its time to look for a real job. Tuesday I think was the worst birthday in my life lol. For one thing I had to work :(, another thing i was sick, and the topping of the cake I got into a fender bender:o but it was all good thank god. So now I am looking for a real job right now i work as a appliance repair man in three states, and I am ready to work in one town. I have applied in Blytheville, which is a nice little drive from where I live but offers more I think… Continue