In the past couple weeks, one firefighter shot his family pets--two dogs that I'm sure his kids are now heartbroken over--so he didn't have to board them while going on a cruise with his girlfriend.

In another story, a firefighter shot a bicyclist because he thought the cyclist was riding with his child too close to a busy roadway. Luckily, the cyclist and his child are still alive, although I'm sure the 3-year-old won't want to take any more bike rides with daddy for a… Continue

Any Words of wisdom

I have been on a Vol. Fire Dept. For four years now and I know I want to make it a career. I have been looking in to the Air Force. Some friends that have been in the army and the navy, past their thoughts of what branch is better they tell me I can get in as a E-2 with the little exp. and certs. That I have. Is their any Air Force people that can help?

And just when you thought it couldn't get worse

Stories abound from all around the nation concerning, cutbacks in staffing, rolling "brownouts" and stations being closed, all due to budget concerns and shortfalls.

One Texas town, Nolanville, has gone the extra step and severed it's ties... with it's own fire department. You read it right. They cut off ALL funding for their own volunteer fire department. In addition, they cut 5 police officer's positions.

Any one know another site besides Moses.bz that allows your pager calls to your cell phone. Not havin the greatest luck with moses.bz if you contact him you will wait and wait for response and for him to activate your phone.

Please let me know if any one knows thanks

Rebuttal to comments) RE:"How much is enough"?

Thanks for your comments on my Blog. I guess in some ways, i am a bit more sensitive to his side of it, in that, i lost my dad this past November who died at 82 while in prison. And i have a young nephew currently in prison. Both clearly deserved to be there for the things they did and the bad choices they made. But while my dad did come to recognize his mistakes and was trying to make amends,my nephew will likely spend more time than he was sentenced to due to his bucking the system in there.… Continue

About a month ago, I got really scared.

We were in a smoky first floor above a basement fire. We didn't know it had burned itself out. We had just entered and had the line at the top of the stairs. I had plenty of air in my SCBA. We really hadn't gone to work yet.

It wasn't even that hot.

All of the sudden, my mind felt like it was 2003 and I was in a bunker with those same missiles being shot at me again. I guess that's what they call a… Continue

How much is enough?

I have a friend who was recently dismissed from his fire dept for being on parole. His Chief knew from the start, of his past trouble, a felony conviction from over twenty years ago. This man did do time, over 20 years. and had completely turned his life around for the good. but was still on parole. that was the reason his Chief gave for letting him go, saying "it did not look good..." This man served with honor, courage, and distinction as a firefighter, and was never late, never a problem,… Continue

Blowin’ in the Wind, Part 3 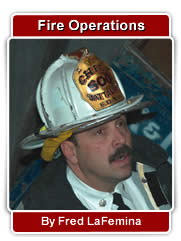 On the fireground, our No. 1 priority is life safety—including the lives of firefighters, which is why clear, concise and acknowledged communication is so important for safe and effective operations. At wind-driven high-rise fires, information gathered and relayed directly affects operations, both offensive and defensive.

No Butts about It: Pennsylvania picks up a powerful anti-smoking program for firefighters 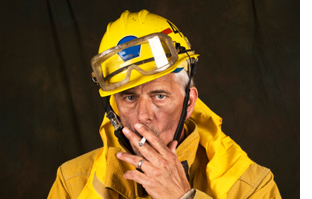 Firefighters across America—and especially in Pennsylvania—are getting some hardcore help kicking the tobacco habit. Thanks to a smoking cessation program introduced by the International Association of Fire Firefighters (IAFF), and picked up in June by the Pennsylvania Professional Fire Fighters Association (PPFFA), any firefighter who smokes can get help with quitting—help that’s professionally designed and proven to… Continue

Departmental excellence comes from a proven action plan, not a high-stakes bet

A few weeks ago, I had the opportunity to participate in a site visit of a department applying for re-accreditation. As a long-term student of the fire service, I’ve always found value in visiting other departments and learning how they operate and seeing what tools and techniques they’ve tried and/or rejected. I’m always amazed by the creative minds and innovative methodologies that make our… Continue

Engine Operator - what you need to know

It seems to me that all the decent fire service writers focus too much on “talking on the radio”. It is important, but so are some other things. Today, The Fire Critic will start an ongoing in-depth look at the Engine Operator. This will be the first topic of many,… Continue

just got back from a call and had to talk about it.

I think just about every ff knows that we are never really appreciated by the public until they need us. Thats fine, I'm not a ff for the public's adoration. I do it because I love it!!!!!

Anyway, When I was still in high school, a few years back now; there was a kid that thought he was just the hottest shit on the planet, the typical jock type that just always found a way to piss me off. lol anyway,… Continue 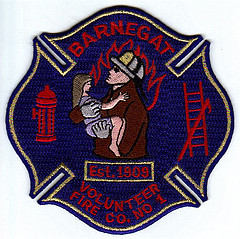 Okay for those of u that know me and didnt hear allready im out on light duty, the doc thinks I may have torn my miniscus in my right knee. Still waiting for work comp to approv the MRI. (I think its jsut the fact I have spent most of my career pounding the crud out of my knees) but it hurts like a big dog. Anyhow, Be careful out there, make it back to your families and remember LCES working not just in place before you anchor, flank and pinch, It will help us stop lowering the flag to half… Continue

Something To Think About....

Since arriving to Iraq I have managed to learn this:

1. FireFighters are like what we call Battle Buddies, They're always there to save your a** when s*** gets HOT!

2. The Beach is OVER RATED!!! * Just a thought, Live at the beach for 12 months or more turn up the heat a few notches, and then SUBTRACT the OCEAN.... see what I mean??

3. Car Alarms can mess with your mind, since being here the same sound your car makes when someone is messing with it, that exact… Continue

I am looking for a working, fully functional Bendix King EPH 5142A portable radio in good condition or better. There aren't any on EBay and most of the internet serches just turn up old ebay ads. Any leads?

Somethings I think I think (Another version)

Many years ago, one of my favorite newspaper columnists was a gentleman named Phil Musick. Occassionally, he would write an article titled the same way as I did mine today. I enjoyed most of those articles. Here's a version of mine.

You may know this already, but, there is no respect for anyone or anything anymore.

Life is too short. Believe what they say and value everyday as if it was your last.

As we get older, our… Continue