With the recent events with the state troopers and emts, it got me to thinking about how often we in the fire service make jokes at the expense of law enforcement. How many of have heard of using the" cop o' meter"to check for haz-mat, or one of the many jokes about fire fighters being better than police officers? I have been on both sides of the issue, I am a retired law enforcement officer, and I can see both sides. We need to stop setting ourselves apart and start trying to remove the walls… Continue

For those readers unfamiliar with Firefighter Behavior, May marks the point where I have been writing for one year. This is a reflection on the purpose and value of that writing and common themes that were very prevalent in that year.

The Volunteer & Combination Officers Section (VCOS) of the International Association of Fire Chiefs (IAFC) will award two $1,500 scholarships to attend Fire Rescue International (FRI), being held August 25-29, 2009 in Dallas. This scholarship program was developed to promote leadership through learning among volunteer and combination officers.

The Fire Department Safety Officers Association (FDSOA) has approved a total of 43 sessions and workshops at the upcoming Fire-Rescue International (FRI) conference for CEUs towards recertification for ISOs and HSOs.

Visit FDSOA for a complete listing of approved sessions and workshops.

For those of you who have responded to my forum "top five issues facing ff's," you have seen that ff fitness is one of the issues that alot of ff's are thinking about. The sad thing is... its true!!!! While attending FDIC this year, I saw more overweight people then I ever wanted to. I'm talking a hostess shop could have opened and sold out in five minutes!!!! Okay... so maybe that last part isnt true but the point is we as ff's face a dangerous, physically demanding job on a daily basis and… Continue

Play Nice With Others

I posted a blog on Firehouse Zen yesterday relating to evolving and changing with emerging issues and reflected on how even if we try to ignore it, the world around us is moving forward. Failing to move on from the past is only going to keep us from surviving.

My village hosts an annual Memorial Day parade.....and we've been blessed with great turnout and even better weather for the past few years. Our village is small (our coverage area is one square mile) but they are very pro-Fire Department. That might seem like a small statement....but for those of you who do not have the support of your community.....that support is huge. Our coverage area families completely buy into the services that we provide.....they attend our pancake/spaghetti/… Continue 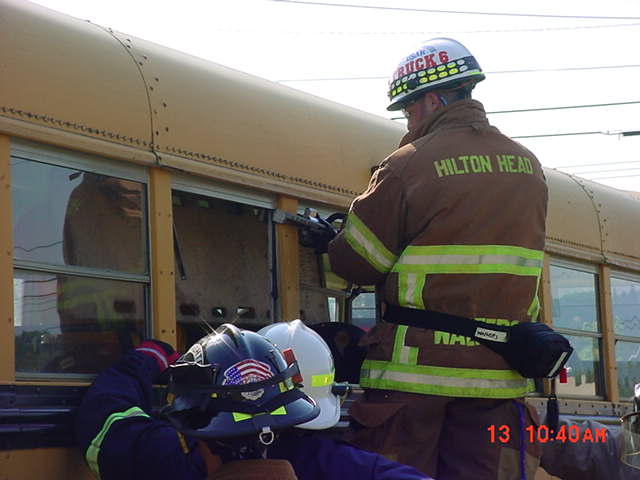 We're supposed to be responders to All Hazards - in other words, we don't do just one thing. In the range of things we do, it never ceases to amaze me how many times I hear or see really bad ideas espoused as the way to do things. Examples abound;

1) Refusing to wear seat belts in the rig "So we can go right to work at the scene".

2) Putting a vent crew on the roof… Continue

Were you born stupid, or did you have to work at it?

People who know me and have seen me work, often ask me why I am no longer a Paramedic. There are several reasons, but one reason might be illustrated by the linked article.

Every day it amazes me that the human race has lasted this long. Now before I start getting poison emails, let it be known; I do not think ALL EMS people are this way. I know many many fine medics. Intelligent, capable, caring, etc. But over the last several years, I have witnessed class after class, of, for the… Continue

Dear Editor Halton and Lt. McCormack …about your FDIC presentations

I was a late commentator on the FDIC big room presentations this year, posting my impression ten days ago (HERE). I shared my opinion that Halton likes to force us out of our comfort zones and that I was more comfortable with McCormack’s personal opinion on fireground risk analysis.

Got Ink? In the fire service, your reputation can precede you

Note: I'm posting this article in order to share it with viewers of my upcoming Webcast, "So You Want to Be a Company Officer?" This is the first Company Officer Development column I wrote for FireRescue magazine, back in… Continue

There's more to a "Parade Load" than just looks... 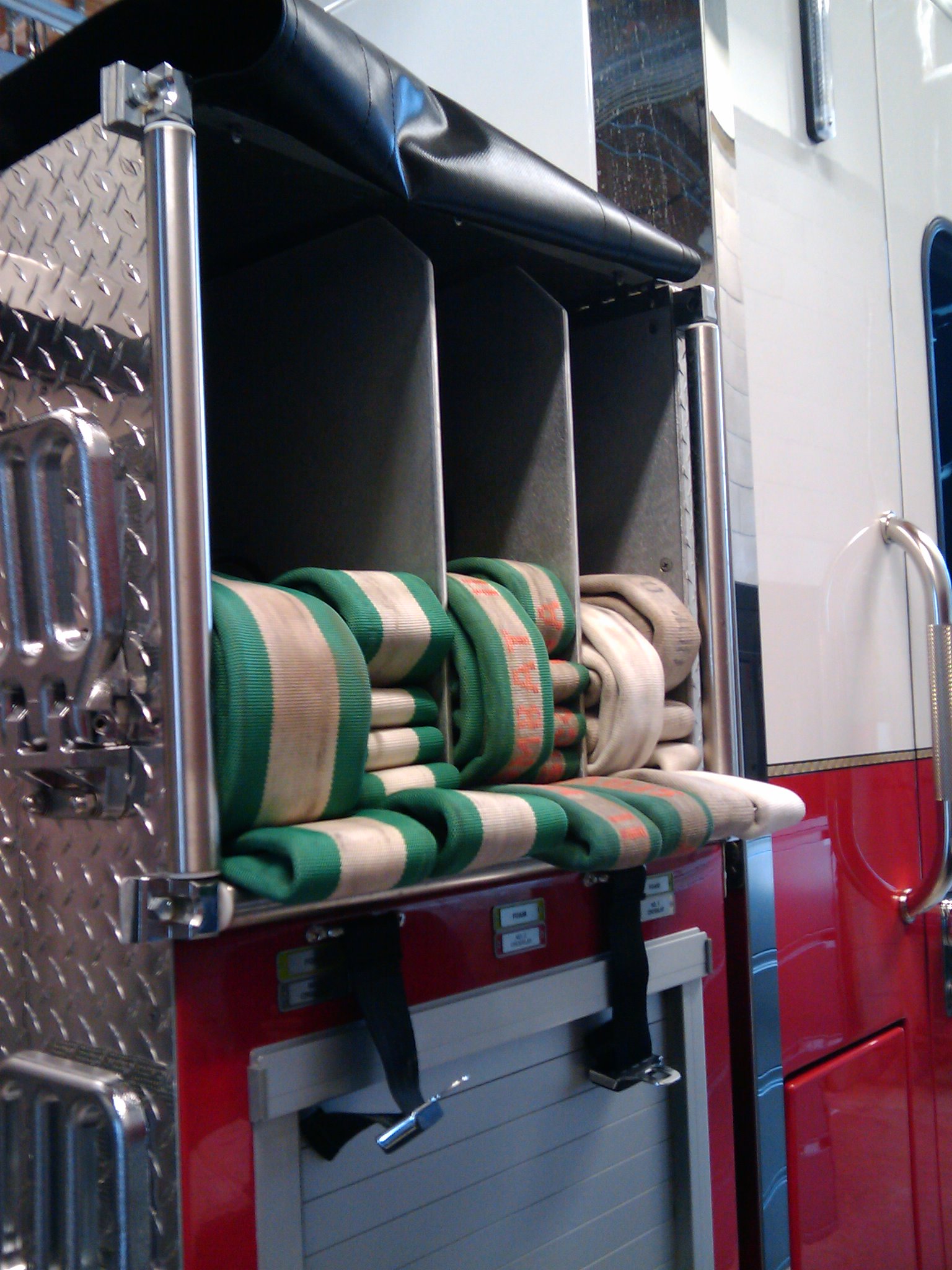 Sure a Parade Load looks great, and our employers (citizens/ taxpayers) always deserve to see that we take our job seriously. We should do everything with a maximum amount of pride and professionalism, but more importantly, a Parade Load has an important functional purpose. That rain guard should protect the hose. If hose is "bulging" out of it, then the loops just get wet, look ugly AND potentially allow hose to be grabbed unintentionally by an… Continue

A Spartan Attitude for Firefighters

I recently watched the movie “300” and find it to be inspiring and historically interesting. I have seen it maybe three or four times and this most recent viewing it made me stop and think. These Spartans were a proud, honorable and highly trained group of men and society. It was an honor to die protecting Sparta.
Sound familiar? The fire service should be a place that we are proud, honorable and in trying to save a life, we are revered for giving our lives to save another. At least that… Continue 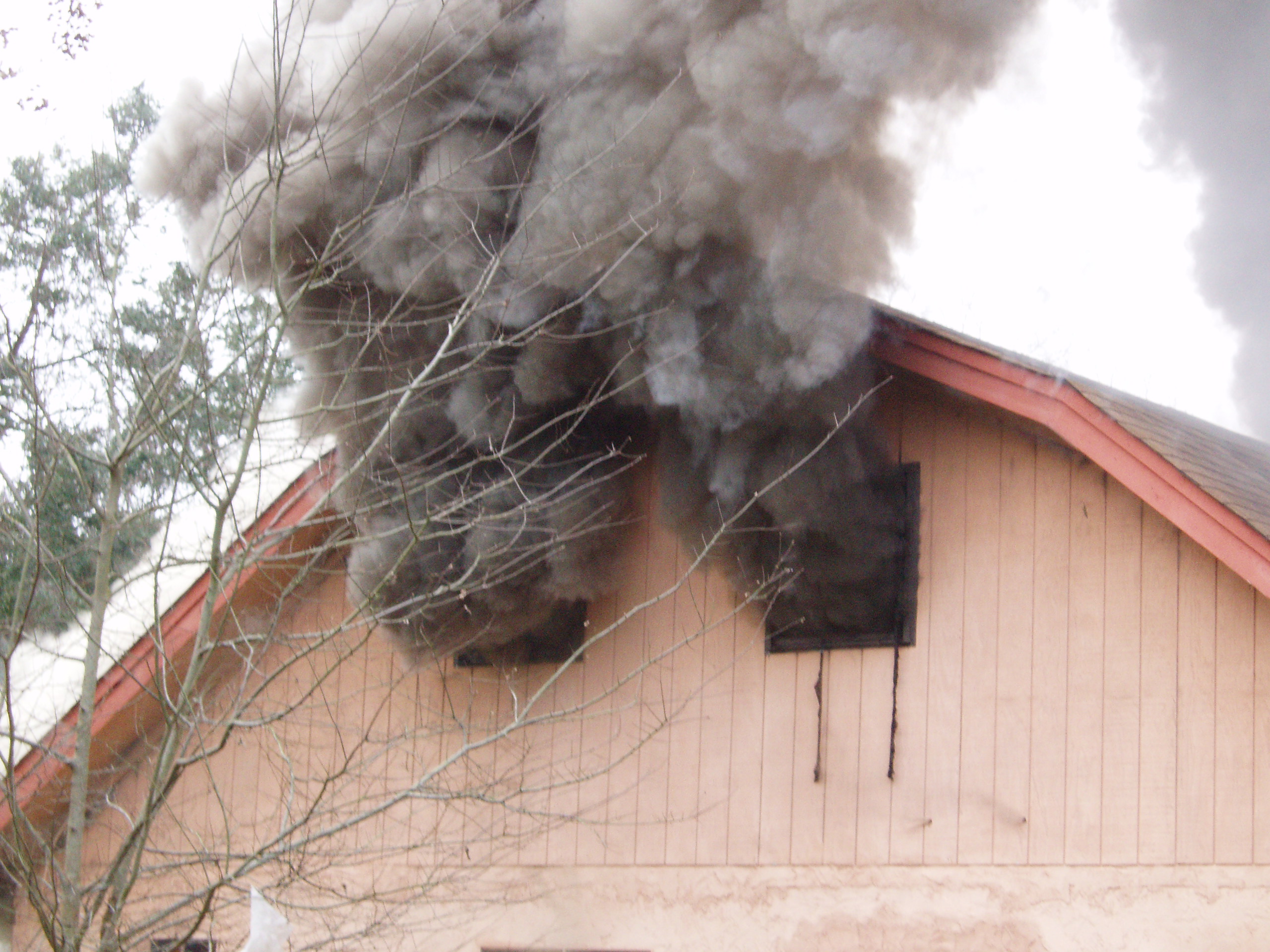 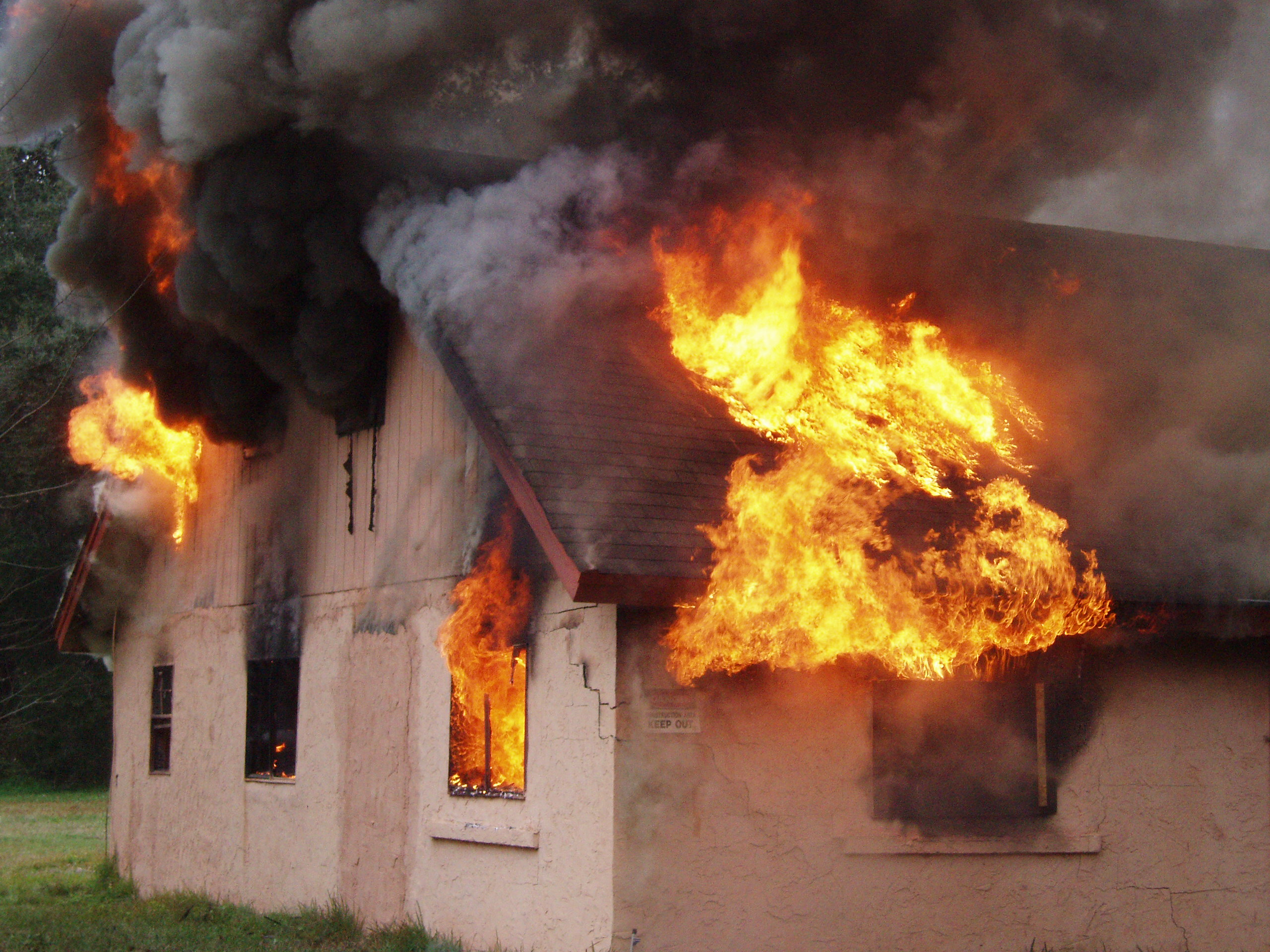 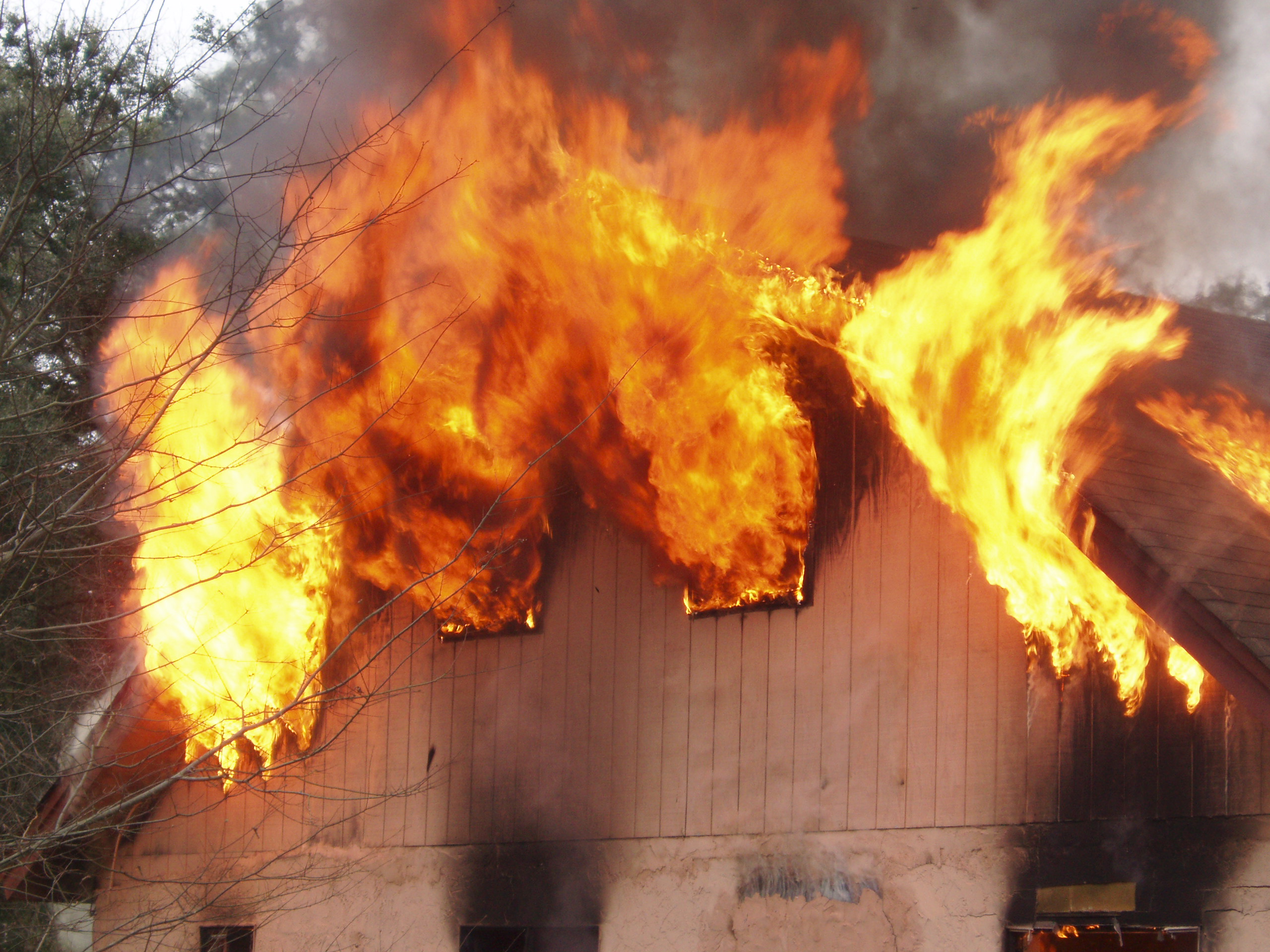 The "When is it Vacant...?" discussion on Firefighter Nation brings up a basic question about balancing the response to the incident. I don't have all of the answers to such a complex question, particularly in a short venue in a blog like… Continue

In a previous post, I noted that IAFF General President Harold Schaitberger hinted at increased funding to come for the fire service.

Unfortunately, last week the administration actually proposed reducing the AFG program by 70 percent. Although this was "offset" by significant increases in the SAFER grant, it was hardly sounded like the increase in funding Schaitberger promised--overall, as… Continue The first International AIDS Candlelight Memorial was held in 1983, when the cause of AIDS was unknown and no more than a few thousand AIDS deaths had been recorded. The organisers wished to honour the memory… Continue

During his testimony, Chief Johnson noted that among the nearly million daily shipments of hazardous material each year, there are about 250,000 incidents. When those incidents occur, he assured Congress that “the local fire and… Continue

The International Association of Fire Chiefs Foundation (IAFCF) is accepting applications for its educational scholarships from qualified first responders until June 1, 2009.

Any person is eligible to apply if he or she is an active member with a minimum of three years’ volunteer, two years’ paid or a combination of paid and volunteer of three years with a state, county, provincial, municipal, community, industrial, or federal fire department.

Scholarships provided by the… Continue

Dinosaurs and Kids These Days - Generational Differences in the Fire Service

“I don’t know what to do,” said the senior officer. “My firefighter talks on his personal cell phone on the way to emergency calls and texts during group meals. When told to do something around the station, the first thing he says is, ‘Why?’ or ‘Right now?’ The kid is strong and smart, and you couldn’t ask for a better firefighter on emergency scenes. But this other stuff is a real problem.”

“I don’t get it,” responds the younger firefighter. “How can you become a leader… Continue

There, I said it. A friend of mine (you may have seen him wandering around here --he has a Big White Hat) says that the first step in recovery is admitting that you have a problem.

I do have a problem. I have a problem with little kids dying from an incurable blood cancer.
So...in the spirit of putting my money where my big fat mouth is...

Once again, I'm going to run the Lake Placid Half Marathon for the Upstate NY/VT Chapter of the… Continue