Training. You can't make everyone happy!

At the end of last year I had sevral firefighters on my combo dept ready to quit because we never did any training. The dept was a good ol' boy dept and I desided to make a change. At the end of last year I put my name in for the training officers spot. I got it! Now I'm a Lt. and T.O. I have spent nights on end to setup the training and cover everything from the basics to RIT training. Lastnight we did a a drill on pumping water from 1 engine to another engine in a 2 engine responce sernario.… Continue 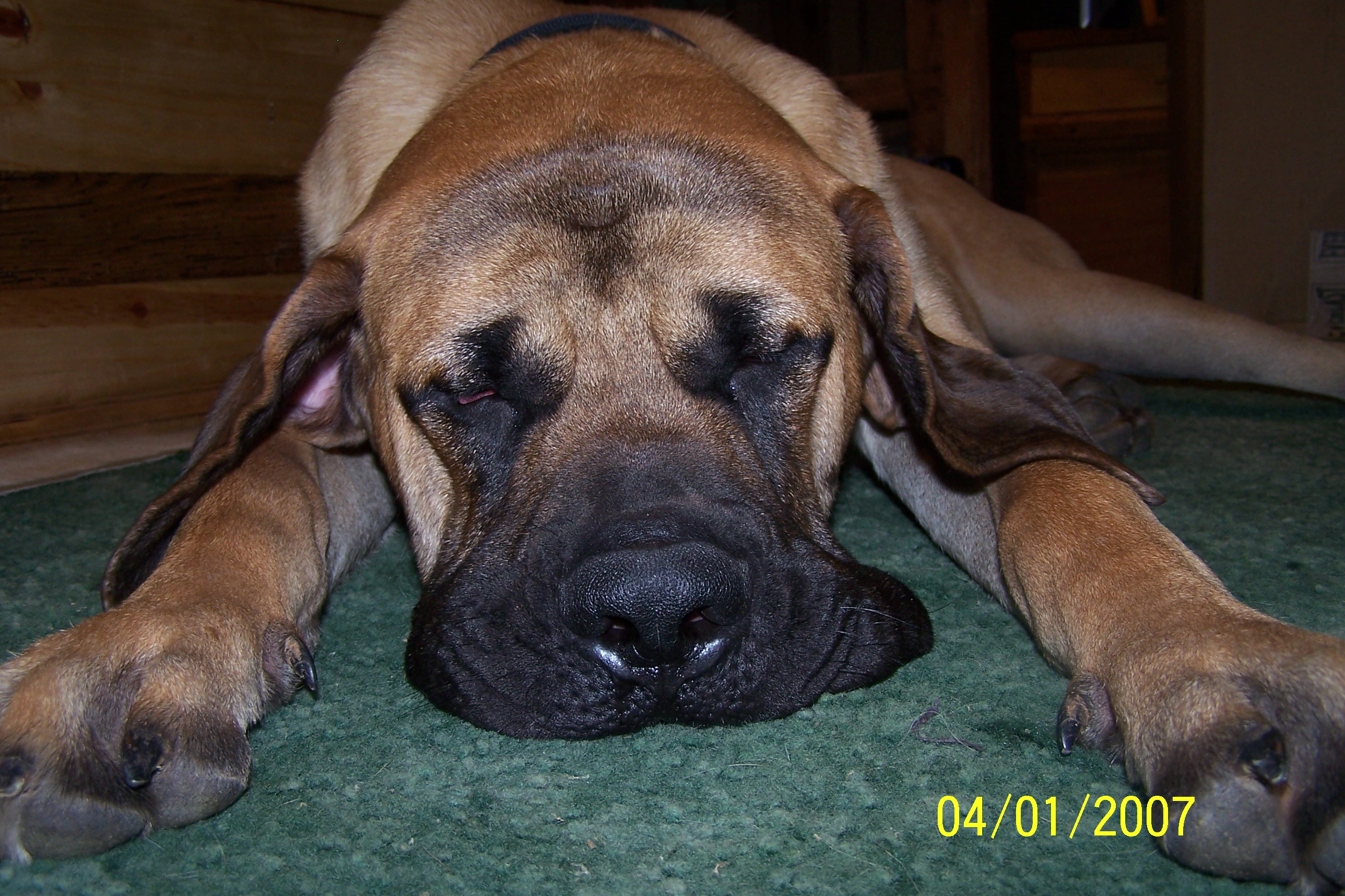 As many of you already know, I love dogs, I have 5 of my own. I have decided to combine my 2 passions, my mastiffs and helping people. I am trying to find a trainer, preferably in Tx., to train us in search and rescue. If anyone knows of anyone or has any information please feel free to let me know. Thanks to all, ~Lori~

The Road to Satisfaction

Well, summer is rapidly approaching and since I've decided not to take on a summer school session I decided to get a job with an EMS system. I have done interviews and tests for a couple and I've been told that I have one particular position but I won't post until I have the letter in my hand. I've been working on finishing up my Rescue Tech and Firefighter I and II. Still have a couple of classes left for FF but I did finish my Rescue Tech a couple of weeks ago. I should be entering a night… Continue

Okay, here we go again. As if the H&R Block commercials weren't bad enough, NOW Arby's has a commercial out that shows an ambulance crew giving food to treat people. It's no wonder everyone takes EMS for granted when they see things like this. We in EMS have to start pulling together to combat these comic stereotypes. It should not matter whether you are in public or private service, paid or volunteer, you are an EMT first and foremost. This bickering going on in the service NEEDS TO… Continue

I attended the funeral for Riley Joesph Terrebone Jr. this weekend. The attendanced was fantastic, attendence, by local, pd, sheriffs office, ems, state pd, and local and some nonlocal fire departments. There is a difference between attending a funeral and helping with setup and organization. FF just don't need to show up to the visitation and funeral, but before to help organize the setup for the prossession, and gravesite attivities. This is when we should come together to help out.

REAL firefighters show up to help out at the scene

I've been running my own OHS/HSE, Emergency Management and Business Continuity training company for some time now and spend most of my days travelling around the country teaching Emergency Response Teams (ERT's), Plant Operators and Managers about health and safety and emergency management matters. (Everything from building evacuations, confined space entry/rescue, safe work at heights, breathing apparatus and many other topics) This includes airlines, refineries, chemical process,… Continue

Keep your fingers crossed for me......

Ah blogging. Something I don't do nearly enough of. The reason for todays blog is I am taking the Mass Civil Service exam tomorrow. I am normally someone who doesn't get worried, or nervous, but this test is scaring the hell out of me. I am lucky in the fact that I learn rapidly. I brushed up on all the different aspects of the testing (even those damn manipulatives aka choose the best answer) and concentrated the hardest on the Math portion of the exam. Wow it is evident I have been out of… Continue

This month, on Tuesday and Thursday nights, we had our structure and exterior fire classes. So, I'm now certified in both exterior fires and structure I and II. This fall, probably in October, we will complete Structure III and IV. It's also possible that in September I will take a HazMat Technician course, if the rest of my classes will allow it.

These emergency responders provided an excellent response to the incident, demonstrating exactly how the best case scenario should work: well-trained… Continue

Hi everyone!
I decided to create a new group to those that even though are not in the fire department, they can at least show support and appreciation for their efforts in putting their lives on the line out there for us. I've noticed that even though 9/11 had affect us all in one way or another, it's been years and some may forget to appreciate the firefighters. Everyday I see more and more inconsideration from people towards them. I also hear from friends in the department that people… Continue

Why I am a firefighter

This is a note I posted on facebook after I was asked why I chose to be a firefighter.

I've thought a lot lately about how much I love firefighting and what a great decision it was to join the service. Sure, there is the great adreneline rush; The high I get from it is something I cannot describe. I've also made a lot of great friends from mine and other departments, people with similar attitudes and who won't hesitate for a second to help out their brothers and sisters if… Continue

Our department has taken a major growth spurt over the past year. Because of that we are in the process of developing new SOPs to cover sexual harassment, and as well, we are having to make an SOP to cover co-ed station sleeping arrangements now that there are three active women on the force.

One of our own... goes home

It is my sad duty to inform you of the non-line of duty death of Firefighter/EMT-I Tasha Longyear, Sunday April 20, 2008.

Tasha joined our department in 2005, and quickly became a… Continue

Fire Velo is a “Fire Department” based, cycling club. We are Firefighters riding for Firefighters. Our goal is to be a highly visible national cycling organization, participating in rides and charity events throughout the United States. All funds raised through Fire Velo will help provide financial assistance to fire department based groups and causes. We are presently pursuing our 501(c)3 nonprofit status.

Fire Velo is open to all levels of riders from beginners to veterans; weekend… Continue

Well....I"m now a volunteer for Lafourche Crossing 308. I've been thinking about joining but I know how tuff they can make it if you are a girl. If I can I usually go to the trainings with my boyfriend (he is with 308). This training they let me go for a ride around town in the firetruck! LOL! After we got back and they were doing truck checks I was talking with the Asst. Chief. I wa explaing to him what I do at 911. I am a fire dispatcher. Well after talking for a while he asked me if I would… Continue

I had a hard run on Saturday morning, with a huge hill in the middle of it (eight miles), followed by a recovery run on Sunday (yes, I know that the "recovery" run is an odd concept, but it works to keep you from being crippled after a hard run the previous day. It's not FUN, but it works).

I wasn't feeling inspired when I set out on Saturday, and every mile kept getting harder physically. My knees were hurting, it was getting really warm out, my back was tight and my right calf kept… Continue

I'm writing to let yall know that a good friend died from cancer that he has been battling for over a year, I had the pleasure working for his dad Capt L Campbell at station 17 for over 6 years when i was first hired, He died 1 year after retirment from cancer. Capt r cambell was a guy that would crack jokes all day if he was not asleep,, he was someone who liked to be up all night and respond to fires off duty to help or watch.. he allways had a joke about everything and… Continue 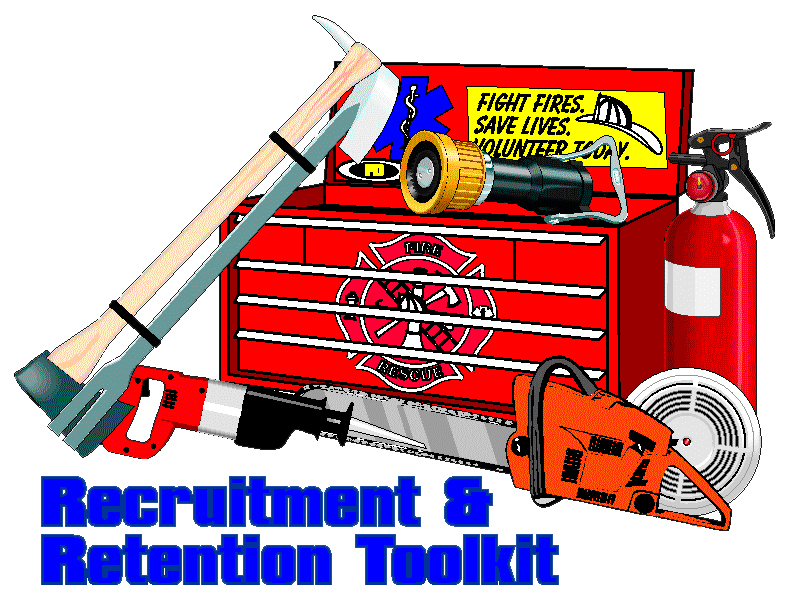 This article is one in a series of toolkits focusing on recruitment, retention and fire service marketing and appears in the April edition of FASNY's The Volunteer Firefighter magazine.

In previous articles, I’ve attempted to present the fire service with real tools to use in improving their membership process and documentation… Continue

My reason for commitment to safety

This Photo is one of My family taken right before Christmas in 2007. The reason I am posting the photo of my family is simple. They are the reason for my dedication to safety. If I operate safely than my chances of going home to my family are dramatically increased. Throughout a commitment to safety, my fellow firefighters can experience the same… Continue