I had a killer week so yesterday I took advantage of the quiet morning and decided to sleep in. At 9:40 a.m. I heard my pager from two rooms away asking for all members to report to their respective stations for hydrant duty at 10. I started to drift back to dream land and then POPPED out of bed. I never had hydrant duty before and figured it had to do with the foot and a half of snow we've had here in…

Tales from a Tailboard fireman-explosions big and small

We just had a news story about a person who found a pipe bomb on the beach and transported it to our local firehouse. Why someone would do that escapes me. I know we are the ultimate fixers, but come on. If you think this is a one-time event, I have a story.

One afternoon Gary and I were sitting in front of the apparatus door watching the world go by. A car pulled up and two guys got out. They carried a package to me and I thought they were… Continue


The Quick Response Media Corps (QRMC) is a free U.S. Fire Administration (USFA) initiative open to all members of the fire service. QRMC provides members with up-to-date information about the latest USFA public education campaign news. The goal of QRMC is to…

Hit by the “Stupid Truck”: Personal conduct can leave your career, department & public trust in the wreckage

The following article was published in the February issue of FireRescue magazine.

Public attitude surveys regularly cite the fire service as one of the most highly respected professions. While humbling, this… Continue

The 911 call—initially received at Police Department Communications and then directed to Phoenix Fire Dispatch—reported that a person had fallen on “the Praying Monk,” an 80' rock tower on… Continue

Members of the Erie County Department of Emergency Services (ESU) watched from a safe distance as the county's 40-year old fire training tower was blasted with dynamite.

Seven pounds of explosives were used to blast out two pillars, collapsing the tower on to the area previously occupied by the smokehouse training prop, which was demolished earlier this week.

Click here to read the rest of the story and view this must-see video and photos:…

Back to the Basics: Build a training program that refocuses your troops

Several years ago, I was playing golf with a friend of mine who happened to be a triple-A baseball pitcher. I wasn’t playing very well that day, so I asked him, “What do you do when you start pitching poorly?” He told me he always goes back to his fundamentals and recommits himself to mastering the basics again.

This made me… Continue

Recently, I was contacted by FireRescue contributor Freddie LaFemina of FDNY, about an important project the FDNY is involved in: helping create a library on the newly commissioned USS New York.

That may sound like a strange project for a fire department, but it actually makes perfect sense. Many of you probably know that the USS New York was fashioned from steel from the World Trade Center, so FDNY firefighters have a close connection to the… Continue

There are countless memorials, tributes and remembrances to the victims who fell at the World Trade Center on Sept. 11. But few are as powerful as the U.S. Navy’s new warship, the USS New York, whose bow was forged from 7 ½ tons of steel… Continue

COAL WAS WEALTH: Size-up basics you need to know

As a young firefighter, I’d always run fire scenarios through my mind. Whether I was checking the apparatus prior to a tour, checking tools or responding to an incident, I’d always perform a mini size-up in my head. Using any information available, such as dispatch information, prior fires or fire prevention inspection… Continue

To all you blog followers out there, I am sorry I haven't written lately!!!! Alot has happened since my last blog post, some good, some not so good, and some funny.

First for the funny stuff - one of the guys at our firehouse, a very experienced veteran, drove the ladder truck to a call about a mile or so away. General alarm call, nothing to speak about, and 15 minutes or so later was back…

You Can’t Do Everything at Once: Multitasking on the Fireground

How can firefighters complete several important tasks—safely, effectively and in a timely manner—while working in the challenging fireground environment? The answer lies in understanding task management and multitasking. Firefighters are only as effective as the results from the actions they take. In this column,… Continue

Well, It has come and gone What? you ask Another Year.

I just want to say I hope everyone has a safe year and "Everyone goes Home" after every call.

Where does time go Last year just flew by and now it's 2010 already. 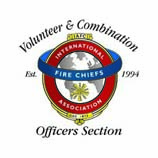 Inside the Apparatus Industry
Check It Out: Fama.org offers an abundance of apparatus information
Story & Photos by Bob Vaccaro

If you’re anything like me, a fire apparatus junkie who never gets enough chrome, red paint, lights and sirens, you may want to take a look at a neat little Web site, www.fama.org, the Web site for the Fire Apparatus Manufacturers Association (FAMA), a non-profit association composed of 115… Continue

Following the destructive earthquake in Haiti, many companies serving the fire, EMS and law enforcement communities are playing a crucial part in rescue efforts. Over the next few weeks, FireRescue will highlight those companies that are having a direct impact on relief efforts.Following is one example of a company striving to make a difference in this… Continue

CA-TF2 Honored for Service to Haiti

“Everybody is somebody,” said Haiti native and special guest speaker Sam Jean, translating a Haitian proverb for the more than 500 in attendance at the California Task Force 2 (CA-TF2) Recognition Ceremony on Feb. 11, held at the Cecil R. Gehr Fire Combat Training Center for the Los Angeles County Fire Department (LACoFD). Screenwriter and attorney Jean, who serves as a board member of the Yele Haiti Foundation founded by his brother, musician Wyclef Jean, delivered an eloquent message on… Continue

Only the Best: How to hire the right officer

Only the Best: How to hire the right officer for the job
By Stephen M. Coleman Jr.

As a fire chief, promoting a firefighter to company officer may be one of the single most important decisions you make. Department personnel are the backbone of our organization, so if we don’t promote high-quality people to lead them, we’re setting up our departments for decreased employee morale, legal concerns and/or problems with public perception and support.