Its winter.....in case the temps in the teens, ice and snow had already told you....and now for the second time in almost two weeks the weather forecasters are predicting the storm of the century here in the wonderful midwest. With ice falling now...and over a foot of snow with 40mph winds to follow I look out the window from the day room.....see the ever depressing sight of my fellow citzens driving as if it were summer. I know I had better get a nap in....as the next 36 hours are likely to… Continue

If organs are only supposed to be taken from "dead" donors, when is a…

Going to NY in 2 weeks! Going to ground zero and fire museum!! Any other places to visit?

"MAKE A HOLE, MAKE IT WIDE" on Backstep Firefighter

Today is clear off a hydrant day at the firehouse. I even noticed in one of the online newspapers an opportunity for residents to get a free coffee for doing it to help the fire department out. I remember last year doing the clean off with my captain and driving through the complex that I now live in. There were alot of residents parking in the fire lanes.

I guess people see snow and don't think fire. But they… 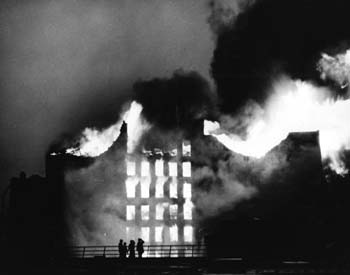 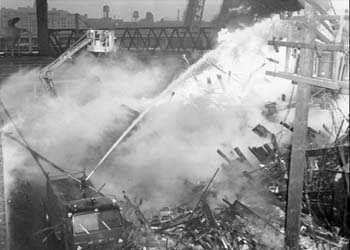 With five passengers in the van and one in the Cadillac, there were plenty of potential patients milling…

Tips for Removing a Victim in a Tower Crane 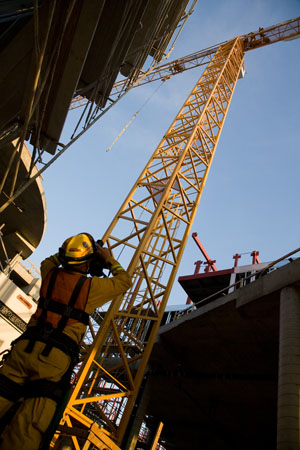 Tower cranes run anywhere from 86 to 262 feet in…
Continue

It's What We Do

This was written by Rel LT. John Gariti of the Chicago Fire Department and really hits the nail on the head of the best job in the world. Tell me what you think.

Running into a burning building sounds crazy Watching firefighters disappear into the black smoke sometimes even a vacant building because maybe there could be a homeless person. (It's what we do!)

Cutting a person out of a car that's on fire and then crawling inside of it to extricate someone! Why would anyone?… Continue

"Then we have that crazy moment where everything should be working, but it isn't... and we (in the  2 1/2 ton Attack Engine) start to slide downhill - backwards.  The OnSpot's didn't engage.  We start to slide faster - which gives you that really sick feeling in your stomach. Then the engine starts to swing around, leaving us sliding downhill backwards AND sideways... nose end coming toward the same drop-off..."

Life as I Live It

I just want to write a little something about what the fire service has done for me lately. Right now i am going through alot of personal strife involving divorce. Yes there are kids involved and it makes it that much harder for me. Lets just say I screwed up things pretty badly with my wife and now i am paying for it. About the only thing that is helping me out is the fire service.

Who’s Telling Your Story? Use compelling "save" stories to build support for funding & enhance public education

The primary role of the fire chief is to advocate for his/her agency and the fire service as a whole. A powerful way of orchestrating this is by listening to and retelling the stories of… Continue

We have had this 2500 LPM pumper operational for less than a month and it finally got a run at a decent job that required a lot of water. It was a massive potato processing shed full of wooden crates and God knows what else. One water source located 200 meters away and a whole lot or rural tankers with crew that don't know how a pumper works. Around us tankers roll as first attack as water can be located few and far between. So we weren't called till around 30 minutes after the job started. We… Continue

Barraclough was an icon in the industry and leader in the field of fire apparatus safety. Today, FirefighterNation contributors are remembering the influence Bob had on them. …
Continue

The fire service mourns the passing of Robert Barraclough, 70, who died at his home in Plano, Texas, on Friday, Jan. 21. A renowned expert on fire apparatus, Barraclough often referred to himself as “SOB—Sweet Ol’ Bob,” but he was also an amazing advocate for the fire service and a dear friend to all who knew… Continue

The Canandaigua Fire Department has received a $973,862 SAFER grant to hire Firefighters. We do not know how many firefighters they plan to hire or when they will hire them.

The Messenger Post is reporting that City Council will have to decide if they formally want to accept the grant.

How many people here attend FDIC in Indianapolis???

Why am I a Jr. Firefighter?

Wow, I can't believe how many people ask me this. In fact, now the teachers are even asking. Some look at me like I am insane, or just plain stupid. I smile and say, "Why do you teach? It was a calling". And it really was.

I live on a pretty busy road. There have been numerous accidents, and me being me, I would always watch the firefighters work on scene. When I was younger, I would climb up a tree and watch them work. I always felt so helpless. A year or two ago, someone died in… Continue