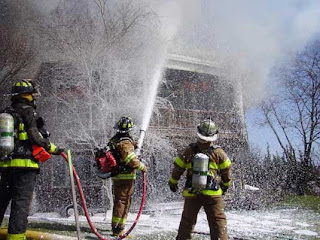 Today the city of Mobile fire rescue training instructors conducted a communication drill at a downtown building that has been closed for a period of time. This building was once called city hall north and was occupied by city employees until employees were moved to a new building located on Government Street. The City had a similar problem with the old City court house building located on the corner of Government Street and Royal Street. This court house building was closed down around the… Continue

The Awareness Level: What to do when you need to hang back

FireRescue magazine's Fireground Operations column
The Awareness Level: What to do when you need to hang back
By Freddie LaFemina

You’re working your shift and you’re in the middle of a long tour. So far, your unit has responded to three structural fires and about a dozen medical-related incidents. After all of this work and no time for anything else, you receive a response for a man trapped in a hole. En route, you begin your mental size-up… Continue

Firefighters interact with law enforcement at calls. Our interactions with our compatriots in blue and brown were good. There were some issues with Highway Patrol about closing freeways but even then very professional people.

DO YOU FEEL LUCKY?

In the movie Dirty Harry, he carried a 44 magnum. He shot a bunch of people with it but until one night I never understood what it really did.

We were called to a local motel on a shooting call. On arrival we… Continue

Following the destructive earthquake in Haiti, many companies serving the fire, EMS and law enforcement communities are playing a crucial part in rescue efforts. Over the next few weeks, FireRescue will highlight those companies that are having a direct impact on relief efforts.

Following is one example of a company striving to make a difference in this devastated nation.

Pelican Products, the global leader in the design and manufacture of advanced lighting… Continue 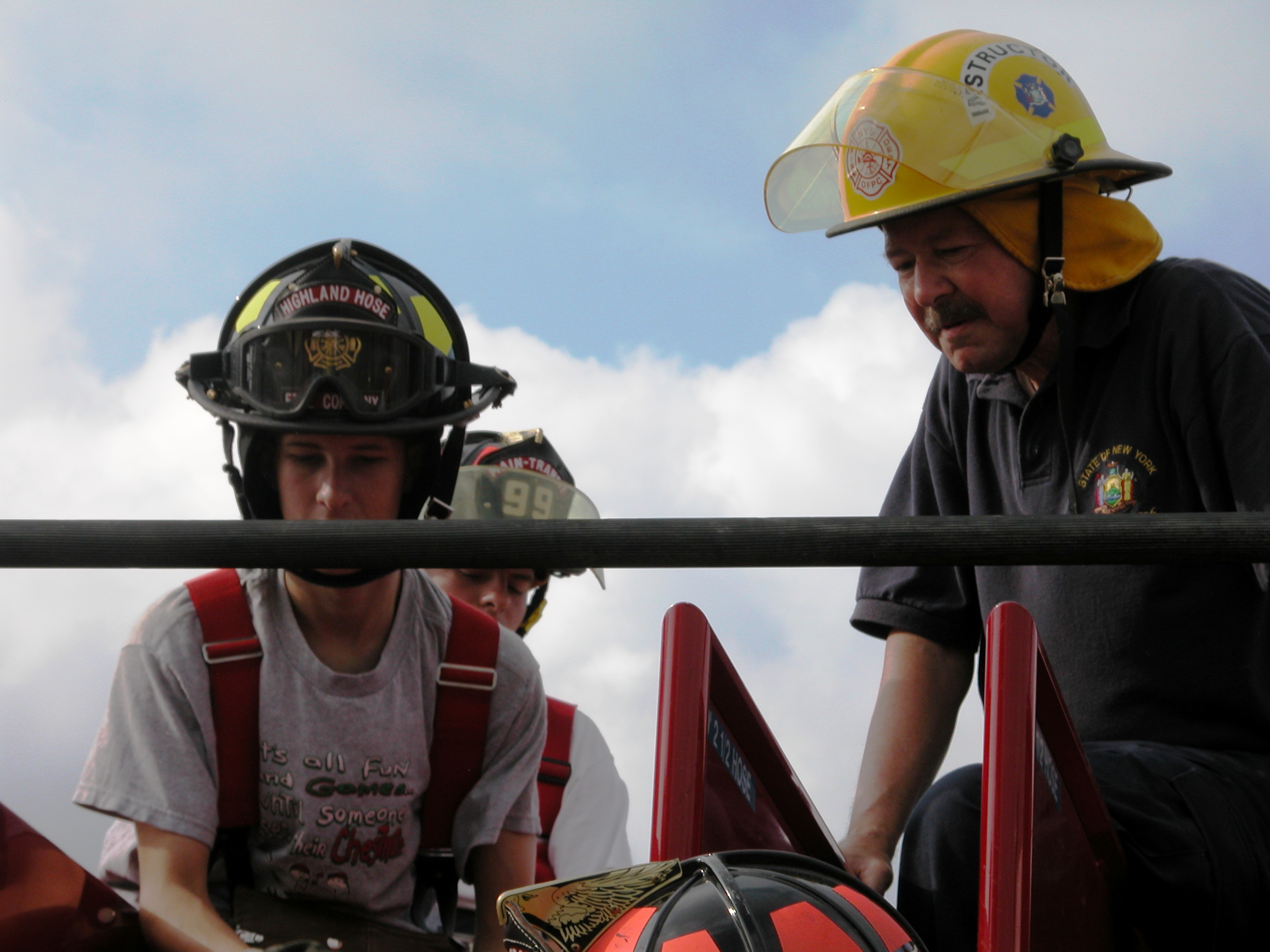 There's a lot of talk these days about what we're missing in the fire service. And with all this discussion of leadership, of mentorship, sharing, caring and passing down values, traditions and the rich heritage of firefighters, I thought it appropriate to revisit a very personal blog I wrote two years ago today.

When we talk about people… Continue

Doing the Right Thing, the Jets, and other Ephemera

First things first, I've been remiss in my posting on here. I've had my reasons. My heart wasn't in it.
In fact, all things fire service were tainted for me for the short term. I had to step back, take stock, and get back on track.

I've taken a step back for 2010. Last year I was elected to Lieutenant. I didn't necessarily feel that I had deserved the honor. I had some issues with time management, not personnel management. I liked wearing the… Continue

Tales from a Tailboard fireman-making due

Friday is my day to volunteer with the local sheriff's department. I work in the vehicle abatement program. This means I drive a volunteer car and wear a uniform of sorts and get to listen to the command channel on the Motorola radio. To compare it to being in the captain's seat of a fire engine is like comparing looking at the Victoria's Secret catalog to sex. A very poor substitute.

Some local fire departments have volunteers but you must live in the district. Where I live there is… Continue

Since starting this blog, I have been asked what exactly “A Firefighter’s Own Worst Enemy” means. Well, it means a great deal.

First let’s start with the logo since it came last. The logo is a devil. I had plans to make him wear a fire helmet, but, it just took away from the look I wanted. But, what he is doing is stirring the pot.

A new monument now stands in Howard Elmer Park in Sayre, Pa. A dedication ceremony and unveiling was held on Oct. 10, 2009, under the veil of a large American flag, hung from the tips of two aerial trucks from Sayre Fire Department’s Engine Company No. 1 and Athens Township. The ceremony was the result of a 9-year-long effort to recognize the… Continue

Stu was early Editor of the New Zealand FireLines Magazine as well as a Fire Photographer and Fire Buff.

He had a lot of dealings with the Auckland Metropolitan Fire Brigade during the transition in the 1970's to a nationalised service now known as the New Zealand Fire Service.

Younger Isn’t Always Better: One department runs into trouble when only hiring rookies

I was visiting with a career firefighter friend the other day, and he lamented the fact that his department is short—extremely short—on personnel with the company officer knowledge/skill set. I asked him how they found themselves this way, and he answered that the HR department, with the full support of the fire chief, decided they’d just hire young… Continue

Tales from a Tailboard fireman-aging out

Ken R. died last week. His family immigrated from Ireland when he was 10. He worked in a small department prior to coming to SJFD. He was 70. That may sound old to someone 30 but to us in our 60s it seems real close. Ken was a quiet guy, not one to engage in horseplay or trash-talk around the kitchen table: a very dependable fireman at fires and emergencies and that is how we are judged. A wise chief once told me the ideal is to be retired for longer than you work. That means I have to make it… Continue

According to Amber Maechler, Director of Marketing for SportsArt, the process is simple. “SportsArt is funding a specialist from firegrantshelp.com to help departments find the… Continue

It seems at some point, every department responds to a car-into-a-house call. But on Oct. 20, Sparks, Nev., responders faced a new and unexpected situation involving a car vs. a house—a challenging extrication resulting from a love triangle gone wrong. 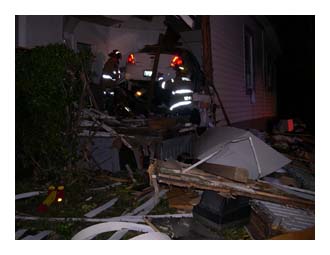 At 0411 HRS, the Sparks Fire Department was… Continue

Is the Safety Message Starting to Get Through?

How to Conduct Search and Rescue Over Large Urban Areas

In light of the recent earthquake in Haiti, FireRescue is sharing some past articles related to structural collapse, earthquake response and USAR teams.

In light of the devastating 7.0 earthquake that shook Haiti late Tuesday, FireRescue magazine spoke with Harold Schapelhouman, former task force leader in charge of California Task Force 3. Schapelhouman offers his thoughts and insight on the current incident and the job ahead for the Fairfax and Los Angeles USAR teams. According to the Fairfax County Fire & Rescue Department, VATF1 is en route to Haiti now and is expected to arrive around 4 pm EST; as of this writing, CATF2 was… Continue

In light of the recent earthquake in Haiti, FireRescue is sharing some past articles related to structural collapse, earthquake response and USAR teams.

The following is excerpted from Capt. Larry Collins’ Major Incident Readiness Article “Ready to Shake: Lessons from earthquake exercise can be applied to many regions,” April 2009, p. 58. Photos Courtesy USGS

More than 5,000 firefighters and first responders participated in the nation’s largest disaster… Continue

Cochran to first responders: Get vaccinated!