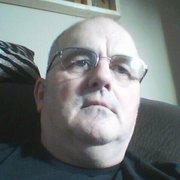 going for my ham license

after careful consideration I'm going for my ham license.
Ive had a spate of repairing radios and antenna systems due to an incident where we had to redirect large trucks on a narrow road.
at the time of the night that it happened a vehicle into a pole and live lines down! it was a while before the power company was able to shut the power off.
in the meantime we had to get 20 big rigs turned around at a narrow intersection.
Im glad the guys had a little patience, but i told them i wished i had my cb hooked up, I could have given the word that that road was closed to all but local traffic.
it would have saved those fellows a lot of time.

Some of the fellows suggested getting ham licensed as well because our 911 center registers all ham operators in the area as emergency communication resource.

so its a new adventure coming up!
any of you guys and gals ham operators?