The Aussies and UK have a Fire Class for Flammable Gases. We don't... Why not?

The current color code classifications for the United States are based on what is burning verses the extinguisher type(s) used in Australia and the United Kingdom. Additionally, we do not have a separate Fire Class for Flammable Gases... Why not? Isn't it time to move on and catch up with the rest of the world? Maybe we can develop a world consensus regarding both fire classes and fire extinguisher color codes?

Note: In Australia, yellow (Halon) fire extinguishers are illegal to own or use on a fire, unless an essential use exemption has been granted.

Fire extinguishers in the United Kingdom as all throughout Europe are red, and a band or circle of a second colour covering between 5–10% of the surface area of the extinguisher indicates the contents. Before 1997, the entire body of the fire extinguisher was color coded according to the type of extinguishing agent.

Permalink Reply by Ben Waller on February 27, 2011 at 4:29pm
I'd hypothesize that it's because having laypeople extinguish a flammable gas fire might make the average situation worse, not better.

The best extinguishment method for flammable gas fires is to shut off the fuel source - i.e. close a valve - so that the fire is extinguished and that no resultant flammable gas leak is created.

Permalink Reply by John Crabbe on February 27, 2011 at 4:59pm
Not having lived abroad to understand the differences, but I don't see much of a difference, nor need to change things. The Australian classes are pretty close to identical with the U.S. and the UK has a subtle difference of the flammable gas catagory. However, look at the agent for a flammable gas and it is dry chem, not much different than the US.

Now the color codes to me seems to be more of a confusion issue to me (could learn it, but no need to) and perhaps the avg lay person. Here the fire extinguisher is designed for class. For the most part a standard ABC dry chem is going to work for any fire. You really only see a class D in a metal shop/foundry and a K class in a kitchen.

I don't know, I just don't see the issue here, nor do I see things as us being behind. Fire training consists on better identification of a fire and to use the appropriate agent, but for the general lay person an ABC will be fine.

Permalink Reply by Truckinainteasy on February 27, 2011 at 9:14pm
How exactly would this make lives better / easier / more efficient?

Permalink Reply by Brian Dumser on February 27, 2011 at 10:23pm
I agree with Ben. Having a separate class for flammable gasses won't change the fact that civilians would most likely make the problem worse. I mean they're still throwing water on grease fires! 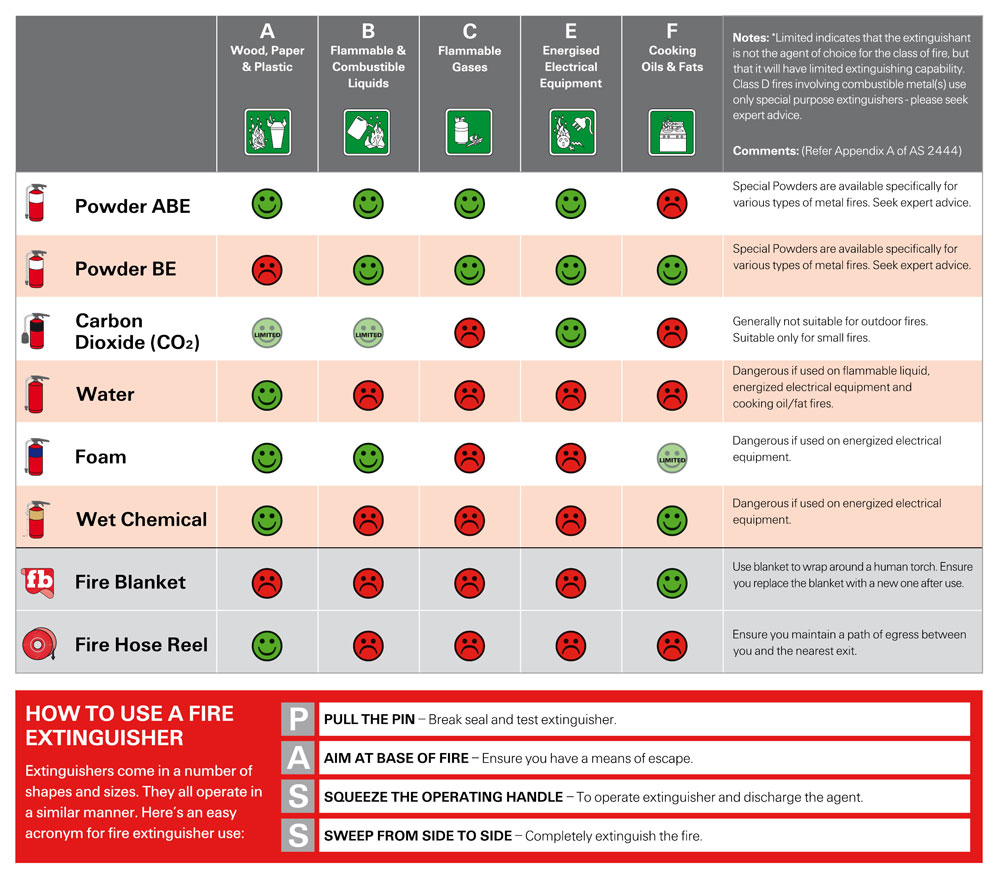 Permalink Reply by lutan1 on February 27, 2011 at 11:23pm
I'll also elaborate a bit- we used to have different coloured cylinders for different extinguishers.

But the Australian Standards committee decided in the interest of safety, it's safer to have one colour with a different coloured band on it to signify what type of extinguisher it is.

The make up of the committee is companies who manufacture and service fire extinguishers- this is clearly a cost cutting measure, and nothing more. (Let's face it, to paint all cylinders red and then stick a different coloured sticker on it is wwwwaaaayyyyy cheaper than different cylinders...)

Permalink Reply by lutan1 on February 27, 2011 at 11:42pm
I've just reread the entire post again- I think you might have mixed up the countries- the UK definition appears to be the Australian one....

Permalink Reply by Mike Schlags (Captain Busy) Retd on February 28, 2011 at 1:20pm
the point of my post is that there are different standards for color coding... why don't we just all agree on one international standard? and the color coding adopted by the aussies I found to be pretty straight forward and more descriptive than the current US standards

thanks for clarifying the information, which was taken from Wikipedia by the way... :D